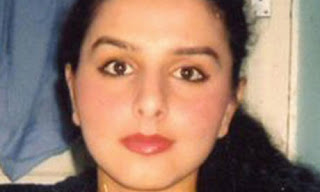 The number of women and girls in the UK suffering violence and intimidation at the hands of their families or communities is increasing rapidly, according to figures revealing the nationwide scale of "honour" abuse for the first time.

Statistics obtained under the Freedom of Information Act about such violence – which can include threats, abduction, acid attacks, beatings, forced marriage, mutilation and murder – show that in the 12 police force areas for which comparable data was available, reports went up by 47% in just a year.

The figures, shared with the Guardian by the Iranian and Kurdish Women's Rights Organisation (Ikwro), also reveal that a small number of forces – including four in Scotland – are still not collecting data on how often such violence occurs.

The 39 police forces that gave Ikwro figures recorded 2,823 incidents in 2010. Ikwro estimates that another 500 crimes in which police were involved were committed in the 13 force areas that did not provide data.

But this is likely to be only the tip of the iceberg, campaigners say, as so many incidents go unreported because of victims' fears of recriminations.

Ikwro's campaigns officer, Fionnuala Ni Mhurchu, said the increase was probably due partly to better police awareness and to more victims coming forward after coverage of high-profile prosecutions, but that violence itself was also increasing as young people increasingly refused to bow to their families' demands.

"They're resisting abuses of their human rights such as forced marriage more and more," she said. "And as a result they're being subjected to this kind of violence. We hear from the community that this violence is on the increase.

"These figures are important because they demonstrate this is not a minor problem – it is a serious issue affecting thousands of people a year, many of whom will suffer high levels of abuse before they seek help. We want the government to develop a national strategy on honour-based violence that covers not just policing but also issues such as education and community cohesion."

This is the first time UK figures have been collated for so-called honour-based violence, defined as crimes planned and carried out by a family or community in order to defend their perceived "honour".

Previously a figure of 12 "honour killings" a year has been cited, although it is unclear where the number comes from.

In 2006 Banaz Mahmod, a 20-year-old Kurd, was strangled on the orders of her father and uncle because they disapproved of her boyfriend. She had repeatedly told police her family were trying to kill her. The case led the Association of Chief Police Officers (Acpo) to publish a new strategy in 2008, which highlighted the need to gauge the scale of the problem to improve police work and recommended that all English and Welsh forces introduce a mechanism to record the number of reports. There is no national guidance in Scotland.

Ikwro said it was concerned that some forces were still not collecting the data in a consistent format, and called on Acpo and Acpo Scotland to help ensure this was done, and release statistics regularly.

Sanghera said complete data was crucial to prove the scale of the problem, adding that she feared momentum had been lost in recent years.

Commander Mak Chishty of Acpo insisted this was not the case, adding that the police national database, which is being phased in, would provide collated figures.

"We have reviewed every force with a questionnaire and the 2008 strategy has been completed," he said. "We're now in consultation on a new strategy. All frontline staff have received awareness training and every force has a champion on honour-based abuse. I'm confident that any victim who comes to us will receive the help they need."

When I was 16 my mum came into my room one day and said I had to get married to my cousin in Pakistan. I was horrified: I wanted to go to college and get a job, and I didn't even know him, how could I marry him? But when I said no, my mum slapped me across the face.

After that I wasn't allowed out. My family treated me with disgust, as if I had shamed them. My father, mother, even my young brother, beat me on a daily basis. My body was covered in bruises.

I wasn't given any food for days on end, and I tried to take an overdose on several occasions. I just used to sit on my bed from morning to night. Prison would have been a better place.

After around a month, they let me go out to the doctor. Terrified, I sat in the toilet and called a solicitors' firm. I've not seen my family since that day. A wonderful solicitor got me a place at a refuge and a forced marriage protection order.

But I'm still constantly paranoid: I'm always looking over my shoulder. I've lost everything. And I'm scared of what will happen if they find me.

Maya's name has been changed