Gang rapes in Iran cause fear and religious controversy 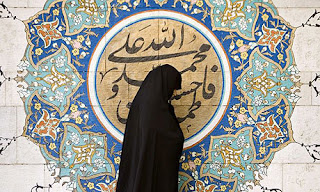 In a religiously conservative town near the city of Isfahan, women at a private party were abducted last month and gang raped at knife point.

One week later, a female university student was attacked and raped by unknown assailants on the heavily-guarded campus in Masshad, a holy city.

In both cases, officials accused the victims of not wearing the hijab or headscarf in the proper fashion and general un-Islamic conduct.

These high-profile cases and the derogatory comments made by Iranian authorities have outraged women's rights groups who have long complained of the increasingly high rate of sexual harassment.

As the stories dominate newspaper headlines, a political and public debate is raging about the reasons for the apparent rise in sexual crimes in the Islamic state and how to prevent and punish them.

It was on the evening of 24 May that two families in the leafy suburbs of Khomeinishahr invited their friends to a private party. In total, 14 people gathered in a walled garden.

According to press reports, it was late when a gang of more than a dozen men armed with long knives entered the garden, locked some men in a room and tied others to trees. Female guests - including one said to have been heavily pregnant - were taken to an adjacent property and raped.

One guest used a hidden mobile phone to call 110, the police emergency hotline. Most of the attackers had fled by the time officers arrived, reports said, but four were later arrested.

In the medium-sized town, word of the rapes spread like wildfire. However they were not covered by the tightly-controlled state press or local media, and no official statements were made for over a week.

With people angered by this silence and fearful about the security of local women, a huge protest was organised outside the courthouse via text messages. Yet the comments then made by state officials were to provoke even greater controversy.

"Those who were raped were not praiseworthy," said the imam of Khomeinishahr, Musa Salemi, in his Friday sermon.

"Only two out of the 14 were related. They had come to our town to party and provoked the others [the rapists] by their wine drinking and dancing."

His sentiments were echoed in comments made by the town's police commander, Revolutionary Guards Col Hossein Yardoosti.

"I believe the raped women's families are to blame, because if they had proper clothing and if the sound of their music was not so loud, the rapist would not have imagined it as a depraved get-together," he was quoted as saying.

Reports said that he was considering legal action against the rape victims for their behaviour.

The response of the authorities has also been questioned in the university rape case. Fellow students pointed out that the campus is tightly-controlled by security services and suggested that the attack could not have escaped their notice.

As they held a candle-lit vigil to support the rape victim, they made accusations of collusion by guards and a cover-up.

In an interview with the BBC Persian Service, Shadi Sadr, an Iranian activist and lawyer, warned that officials' judgmental comments, effectively implying that rape is justified if a woman's dress is not deemed modest enough, could have "dire consequences" for society.

Some commentators argue that a recent wave in sexual crimes is caused by extraordinary sexual tensions among the growing youth population, who spend most of their lives separated by gender with little interaction.

The government's political opponents have found other triggers too. They suggest that sexual attacks allegedly perpetrated by security forces in Iran's post-election violence in 2009 may have legitimised such acts for certain segments of the population.

Amid the soul-searching and media frenzy, three men were hanged - two publicly - on 9 June, on separate, non-related rape convictions. The authorities clearly hope this will be a deterrent.

Meanwhile the main suspects sought in the Khomeinishahr and Mashhad cases remain at large.