Fury over doctor's book on sex education for Muslims 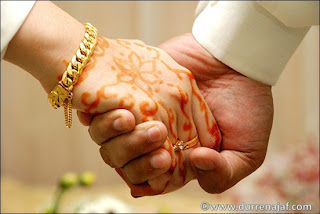 Dr Mobin Akhtar is on a mission to educate Pakistanis in sexual matters, but his latest attempt to do so has caused controversy.

The release of his book - Sex Education for Muslims - aims to teach people about sex in a way that is in keeping with Islamic instruction.
Dr Akhtar, 81, says the fact that sex is not discussed in Pakistan is having serious repercussions. As a psychiatrist, he says he has witnessed them himself, and that is why he felt the need to write his book.

'Misconceptions'
Dr Akhtar says he has seen cases where teenagers, not understanding what is happening to their bodies, have become depressed and even committed suicide.
"I myself passed through that stage with all these concerns, and there's no-one to tell you otherwise, and that these are wrong perceptions. It was only when I entered medical college that I found out that these were all misconceptions."
He says even now in Pakistan, many doctors do not discuss sexual matters openly, and that teachers and parents are embarrassed about the issues. There is no sex education teaching in government schools.

Dr Akhtar says it is not seen as appropriate to broach the subject of sex in the conservative culture of Pakistan, and that it is also felt that doing so might encourage young people to behave in an "un-Islamic" way.
"They ask me when you should start sex education, and I say as soon as the child can talk. They should be told the names of the genitals just as they are told about hands and eyes and ears, and nose," he says.

"When they get a little bigger and they ask where a child comes from, you can say it. That doesn't make the child sexually active or immoral."

Dr Akhtar says there is also nothing un-Islamic about discussing sex.
He says he felt that the best way to help people understand that was to write a book which brought together basic sex education with information about the Islamic perspective on the subject.

"When I started to study what the Koran, Islamic law and religious scholars had to say about it, I realised there is so much discussion about sex in Islam. One would be surprised.

"There are sayings from the Prophet Muhammad about sexual matters, and historical sources tell us he answered detailed queries on the subject from both men and women."
The writings in Dr Akhtar's book are interspersed with quotes from the Prophet Muhammad, and also from the Koran, like this one: "You are allowed intercourse at night with your wives during the month of fasting. They are as intimate for you as your own clothes, and vice versa." (Koran, Surah Baqra, Verse 187)

But many Pakistanis have found Dr Akhtar's book unpalatable.
He tried to tone down the title - Sex Education for Muslims is the name of the English version of the book, in Urdu the title is Special Problems for Young People.
But that has not been enough to appease some.
"I have had threats. Even other doctors have accused me of acting like a maverick, a quack," he says.

"A provincial politician even hauled me into his office and said I was encouraging pornography. I explained I was doing nothing of the sort."
Dr Akhtar says he has found very few bookshops willing to stock his book, or any newspapers that will print paid advertisements for it.
"It is a very sad reaction. Ignorance about sexual matters is causing a lot of our young people unnecessary psychological distress, and we have to change that.
"I am only talking about educating people gradually and sensitively, but at the moment we are not even doing that."