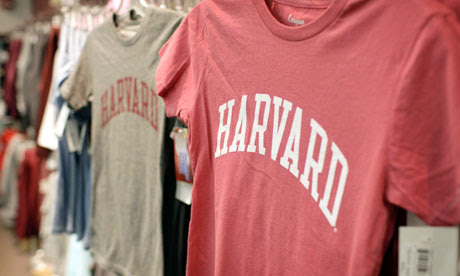 Harvard academics and students are demanding that the university rescind a plan to honour the editor-in-chief of a leading Washington political magazine this week after he wrote that Muslims are unfit for the protections of the US constitution and said that "Muslim life is cheap".

Martin Peretz has partially apologised for the comments but critics say they are only the most recent of a long line of bigotted columns in the New Republic by the former Harvard professor that have drawn accusations of double standards in how the American media confronts prejudice.

Peretz caused a stir when he wrote in a column earlier this month that Muslims in the US should not be entitled to constitutional guarantees of free speech.

"Muslim life is cheap, most notably to Muslims ... So, yes, I wonder whether I need honour these people and pretend that they are worthy of the privileges of the First Amendment which I have in my gut the sense that they will abuse," he said.

The comments provoked criticism from bloggers and academics but were initially ignored by mainstream newspapers despite Peretz's prominence – among other things he is a close friend of the former vice-president Al Gore – and the influence of his magazine.

Some of the strongest criticism has come from Harvard, where some students and academics are demanding that the university cancel a ceremony on Friday to name a $500,000 (£322,000) social studies chair after Peretz.

"Such an invitation lends legitimacy and respectability to views that can only be described as abhorrent and racist in their implication that the rights guaranteed by the US constitution should be withheld from certain citizens based on their religious affiliation," student organisations said in a letter to the university that has been signed by more than 400 people.

Among the critics is Stephen Walt, a professor of international affairs at Harvard, who described Peretz's views as hateful.

"If you had said this about blacks, Jews or Catholics, it would be a scandal," he told the Boston Globe.

Peretz has made two apologies, saying he was wrong to say Muslims should be stripped of their free speech rights, but defended his assertion that Muslim life is cheap. "This is a statement of fact, not value," he said.

He made a further apology on the eve of the Jewish day of atonement, Yom Kippur, saying he had "publicly committed the sin of wild and wounding language, especially hurtful to our Muslim brothers and sisters".

But some of Peretz's critics say he has a history of expressing views that would draw stinging criticism from the mainstream press if they were not about Muslims. In March, Peretz admitted to a prejudice against Arabs.

"Frankly, I couldn't quite imagine any venture requiring trust with Arabs turning out especially well. This is, you will say, my prejudice. But some prejudices are built on real facts, and history generally proves me right," he wrote in the New Republic.

Peretz, who is a strident supporter of Israel, has said in conversation that he believes Palestinians are unfit to have their own country and suggested that Arabs are genetically violent.

Although Peretz was criticised in a New York Times column after his recent comments, critics have contrasted the reticence of the American media over his views with the barrage of condemnation for the journalist Helen Thomas, after she said Israel's Jewish population should "go home" to Germany, Poland or the US.

Peretz was among her severest critics, calling Thomas wicked and a Jew-hater.

Some prominent American bloggers, among them Glenn Greenwald who writes for Salon.com, accuse the US mainstream media of protecting Peretz because of his connections.

"Marty Peretz has a lot of connections at the highest levels of media and politics. He's a good friend of Al Gore who he has been championing for a long time. The way things work is that once you enter this realm of being respectable and serious it is almost as if anything goes," said Greenwald. "The New Republic is considered respectable in Washington and so the fact that the editor-in-chief of that magazine is a ranting, raving bigot, it's almost as if he's immunised because he's in this circle of respectability."

Howard Kurtz, the media editor of the Washington Post, was among those journalists critical of Thomas, suggesting that she should "go home" to Lebanon and that she is a heroine to Hezbollah. Asked why the mainstream media has largely ignored Peretz's views over the years, Kurtz replied: "I'm afraid I just haven't focused on the subject."