'They asked me where Bin Laden was, then they took my DNA' 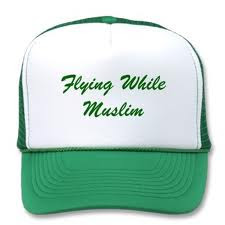 Hundreds of British Muslims leaving and returning from holidays abroad face harassment and intimidation by security forces when they pass through UK airports and seaports, an investigation by The Independent has found.

One man interrogated by police over his British credentials was asked whether he watched Dad's Army, while another was questioned over the whereabouts of Osama bin Laden.

New figures seen by this newspaper show that the number of innocent people stopped and questioned at airports and other points of entry to the UK has doubled in the last four years, raising serious concerns about racial profiling. Many British Muslims have cancelled future vacations rather than risk being questioned and held for up to nine hours by anti-terrorist officers.

Senior Muslim police officers are also understood to be concerned about the overuse of the special powers granted under the Terrorism Act 2000. The frequent searches at ports and borders have been criticised by Lord Carlile QC, the independent reviewer of terrorism legislation, who argues that the number of cases can be "reduced in number without risk to national security".

Earlier this year the Home Secretary, Theresa May, scaled back section 44 of the Terrorism Act, which gives police officers the power to stop and search members of the public without any reasonable suspicion. But under Schedule 7 of the same legislation, police officers have greater powers to stop and detain travellers leaving and entering Britain, including taking samples of their DNA.

Figures obtained by the Federation of Student Islamic Societies (FOSIS) under the Freedom of Information Act show that the number of people stopped and questioned has risen from 1,190 in 2004 to 2,473 in 2008. The most recent numbers of Schedule 7 cases of stopping, questioning and searching last year show that, between January and September, police and Special Branch officers carried out 1,773 operations.

In the last five years 1,110 people were held and questioned by the police for up to nine hours. And despite a total of 10,400 "stops" carried out over the same period, only 99 people have been arrested. Of these, 48 were charged with terrorist or terrorist-related offences.

Mohamed Nur, 26, was stopped at Heathrow airport in June after returning from a holiday in Dubai. He was held for nine hours and forced to give DNA samples and fingerprints. During the questioning, one of the police officers asked about his British credentials. "He asked me 'Do you consider yourself to be English?' I said I consider myself to be British, rather than just English," Mr Nur said.

"He said 'How do you consider yourself to be British when you have no historical links with Britain? It's like me going to Somalia and living there and people still not considering me to be Somali because of the way I look.'

"I said 'I've lived most of my life in Britain so that's why I'm British'. Then he asked me about Dad's Army, and whether I watched it or not. I said 'Yes'. He said 'Do you find it funny?' and I said 'Yes'. Then he said 'I consider you British'."

Mr Nur's complaint is being investigated by the Metropolitan Police.

Asif Ahmed, 28, a property developer from Renfrew in Scotland, was stopped at Edinburgh airport as he returned from Stansted airport with his wife. The couple were collecting their bags when two plain-clothed officers approached them. They were taken to an interrogation room, separated and questioned for more than an hour. During the questioning Mr Ahmed claimed: "I was asked if I knew where [Osama] bin Laden was."

Zin Derfoufi, civil liberties officer for FOSIS, told The Independent: "Schedule 7 is the most wide ranging 'stop' power in the UK but it is also the least transparent. This new information will not only assist the public's understanding of how this power is being used but, significantly, 10 years after it was first introduced, it is also the very first step in empowering us all to be able to monitor its use and to hold the police to account."

A Home Office spokesperson said: "Stopping people at airports is, on occasion, a necessary activity to protect public safety. These figures cover from 2004 to 2009. No figures are kept on ethnicity of individuals who are stopped and it is therefore not possible to conclude if any particular group is targeted unfairly."

Adil Hussain, 26: Detained and quizzed on beliefs for six hours

The PhD computer student at Imperial College London was stopped by police at Dover in April this year at the start of his walking holiday in the Alps.

Although Mr Hussain and his companions protested that they were simply spending the weekend on a short break, anti-terrorist officers told them that some of the terrorists who attacked Britain were also well educated and enjoyed hill walking.

They were held for six hours, during which time they were searched and had their phones confiscated. At first the group believed their detention would last no longer than a few minutes.

Mr Hussain said: "Half an hour or so passes and one of the officers comes by for me to sign a paper outlining my rights and declaring that I have been held under the Anti-Terrorism Act. I am asked whether I would like anything to drink or eat – they have halal food. It turns out to be lamb curry and I think they must have a lot of Muslim visitors. They even have a prayer mat. I am reminded that I do not have the right to remain silent – if I refuse to answer any questions I could be arrested. "

For the next six hours the men were separately interrogated about their interest in Islam, their friends in the UK and their views on British and American troops in Afghanistan. Finally they were released, but all their electronic equipment was confiscated.

Mr Hussain added: "My being singled out randomly for a 'pat down' and for my car to be inspected for dangerous materials is understandable – all of this delaying me an hour or so.

"However, I find it wholly unacceptable to be held a further five hours late into the night simply for the officers to profile me, questioning my religious and political views and threatening to charge me for refusing to answer any questions. I find this outrageous and do not see why I have to be subjected to such treatment merely on account of my ethnicity and religion."