Dont Be Sad: Do not be crushed by what is insignifIcant 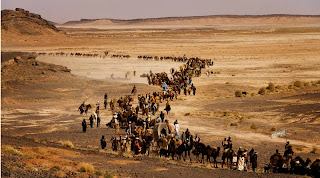 Many are those that are distressed not by pressing matters of great import, but by minor trifles.

Observe the Hypocrites and how weak they are in their resolution. The Qur’an relates to us some of their sayings:

{Those who stayed away [from Tabuk expedition] rejoiced in their staying behind the Messenger of Allah; they hated to strive and fight with their properties and their lives in the Cause of Allah, and they said: March not forth in the heat’.} (Qur’an 9: 81)

{And a band of them ask for permission of the Prophet [Muhammad] saying: ‘Truly, our homes lie open [to the enemy]’. And they lay not open. They but wished to flee.} (Qur’an 33: 13)

{‘We fear lest some misfortune of a disaster may befall us.’}

{And when the hypocrites and those in whose hearts is a disease said: ‘Allah and His Messenger promised us nothing but delusions!’} (Qur’an 33: 12)

How wretched are the souls of such people!

Their principal concerns are for their stomachs, cars, houses, and castles. They never once raise their eyes to a life of ideals and virtues; the extent of their knowledge is their cars, clothes, shoes, and food.

Some people are distressed day and night, because of a disagreement with their spouse, son, or relative, or because they have had to forbear criticism, or because of some other trivial event. Such are the calamities of these people. They have no aspiration to higher principles or goals to keep them busy, and they have no noble ambition in their lives to an end for which they can strive day and night. It has been said, ‘When water leaves a container, it is then filled with air’. Therefore reflect on that which gives you cause for concern or anxiety, and ask yourself this: does it merit your energies and toils? This is an indispensable question, because whatever it is that causes your anxiety, you are, with mind, flesh, and blood, giving it energy and time. And if it does not merit your energy and time, you will have squandered a great deal of your most precious resources. Psychologists say that you should judge everything in proportion to its true value and then put it in its proper place. More truthful than this is the saying of Allah:

So give to each situation according to its size, weight, measure, and importance. And stay away from immoderation or from exceeding the proper bounds.

Take from the example of the Prophet’s Companions, whose sole concern was to give their pledge of allegiance under the tree and thus obtain the pleasure of Allah. With them was a man whose concern was focused on a missing camel, a preoccupation that caused him to miss the pledge of allegiance — and consequently, he was deprived of the rewards that were reaped by the others.

Therefore do not be preoccupied with matters that are insignificant. If you follow this advice, you will find that most of your worries will have left you.

Email ThisBlogThis!Share to TwitterShare to FacebookShare to Pinterest
Labels: Dont Be Sad