“Do you apologise for the killings of the Charlie Hebdo staff and police?” 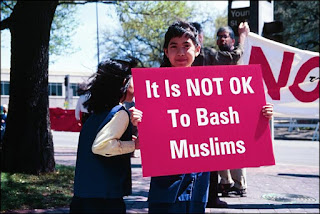 Habib ‘Ali Zayn al-‘Abidin ibn ‘Abd ar-Rahman al-Jifri was asked, “Do you apologise for the killings of the Charlie Hebdo staff and police?”  Charlie Hebdo is the magazine that ran cartoons denigrating the Prophet (s.a.w.), and routinely insults Muslims, immigrants and minorities.

He replied, “We condemn the crime that was committed, we regret that it happened, and our condolences go to the families of the victims.  But we will not apologise for something we did not do.  This is a battle of which we have no part.

If the above question was asked because the perpetrators were Muslim and, therefore, Muslims should apologise, then we must also remember that among the victims was a Muslim policeman, and there was a Muslim store worker who helped save the lives of a number of hostages.

If the above question was asked because the perpetrators and those who claimed the attack justified it as being for the defence of Islam, and, therefore, this somehow implicates the Muslim community, then we must also remember that thousands of Palestinian civilians and children were killed in the name of the ‘Biblical right’ of establishing a Jewish state and Palestinian civilians were killed in the name of ‘self-defence’, yet we do not hold all Jews responsible for the crimes of the occupier.  Iraq was obliterated in the name of a ‘crusade’, ‘democratisation’, and the promotion of ‘human rights’ while thousands of Afghan and Iraqi civilians were killed as ‘collateral damage’.  Despite this, we do not accept that the people of West carry the blame and responsibility for these crimes.

There is a difference between our responsibility and duty to expend our efforts in explaining truth, and clarifying wrong, erroneous ideology; and responding to the lies that today’s Khwarij present as being Islam, and; attempts to place responsibility for what happened on Islam and its scholars and preachers.
What we need, and what the world needs, is to stand side by side in facing up to the terrorism perpetrated by organised movements, and the terrorism that is committed by states.  The killing of innocent civilians will always be a crime, even if a state is the one doing it.

In closing, we will not accept the attempts of some people to make us feel shame at our religion nor will we accept being put in positions where we are expected to take responsibility for the actions of extremist movements.”

From A Muslim Convet Once More