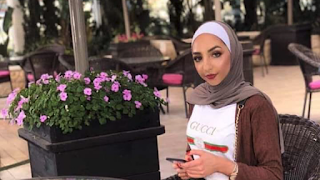 A 21-year-old Palestinian woman died on Thursday in suspicious circumstances fueling speculation and causing massive outrage among activists and social media users across the Middle East and North Africa. Israa Gharib, a makeup artist from Bethlehem, died in a coma due to head trauma, in what activists and sources close to the victim are saying was a brutal honor killing. The culprits are believed to be her father and brothers.

It all began when Gharib went to meet a potential suitor in a public place and posted a video of the outing on her Instagram page. According to a friend of the victim’s, Gharib’s mother was fully aware of the meeting and the suitor’s sister was also in attendance.

According to sources online, Gharib’s cousin then showed the video to the victim’s father and brothers, allegedly urging them to act to prevent scandal and accusing Israa of dishonoring herself and bringing shame to the family by being seen in the company of a man outside the bonds of marriage.

Gharib’s friend claims that upon seeing the video, her brothers, Bahaa an Ihab, and brother-in-law, Sheikh Mohamed El Safy, began beating and torturing her, and proceeded to terminate the engagement. Other sources claim she fell from the 2nd floor while attempting to flee the brutal assault. She was later hospitalized due to a fractured spine.

Gharib’s father, brothers, and brother-in-law followed her to the hospital, her friend alleges, and resumed the beating, telling hospital staff they were performing an exorcism on the victim whom they believed was possessed by a demon. A harrowing audio recording of the assault was leaked by one of the nurses at the hospital that purportedly features Gharib’s repeated horrified screams.

She was then released from the hospital, after which she returned home, where she allegedly suffered a head injury at the hands of her brother, Ihab, a resident of Canada. Eye witnesses say he had threatened to kill her earlier that day, prompting some on social media to call on the Canadian government to take legal action against him. Gharib went into a coma, before her heart stopped.

In a Facebook statement, the victim’s family denied any wrongdoing, claiming she suffered mental and psychological disorders that led to her fall from the 2nd floor of their Bethlehem house.

Gharib’s story is now one of the top trending topics on social media, with thousands of users and activists calling for social, political, and legal reforms to protect women from violence in Palestine, including Palestinian human rights organization Adalah, which issued a statement calling the alleged murder “a heinous killing.”

Feminist blogger Fadumo Adan also weighed in, telling The New Arab, “as a survivor of an honor killing, Israa’s story triggered a deeply embedded fear of mine. …Honor killings will never be justifiable. We shouldn’t have to mitigate the risk of honor killings by limiting our own personal freedom, autonomy and self-determination.”

The Bethlehem prosecution office is currently investigating the murder and has ordered an autopsy, reports Youm7.

Despite a 2018 amendment to article 99 of the Palestinian penal code, which used to allow judges to reduce sentences for perpetrators of honor killings, reports show that the practice is on the rise in the West Bank, Gaza, and among Israel’s Palestinian community.