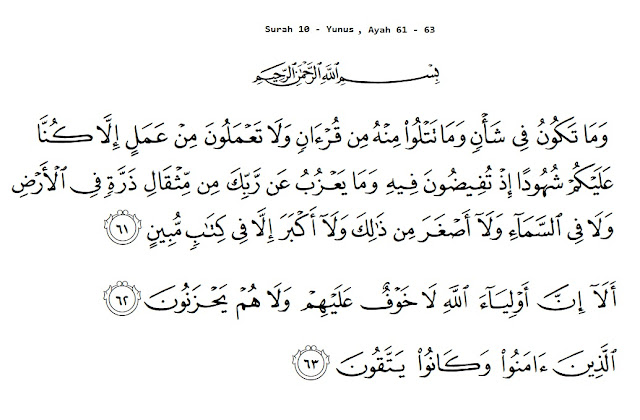 [10:61] In whatever matter you [Prophet] may be engaged and whatever part of the Qur'an you are reciting, whatever work you [people] are doing, We witness you when you are engaged in it. Not even the weight of a speck of dust in the earth or sky escapes your Lord, nor anything lesser or greater: it is all written in a clear record. [10:62] But for those who are on God’s side there is no fear, nor shall they grieve. [10:63] For those who believe and are conscious of God,...

Ustadh Nouman Ali Khan, explains in Surah Yunus, who are the friends of Allah عزّ وجلّ. Explaining verse 61-63, he says:

Ayah 62
You had better know, the protective friends, the deep, trustworthy friends of Allaah, there is no fear on them and they’re not the ones who will be grieving. In other words, in doing so and keeping the work up we have the opportunity to become the awliyaa of Allaah. The next ayah defines the walee of Allaah عزّ وجلّ

It is possible for all of us to be friends of Allah عزّ وجلّ as long as we have Iman and maintain the quality of Taqwa in our life.

Below is another lecture on this topic by Ustadh Nouman.