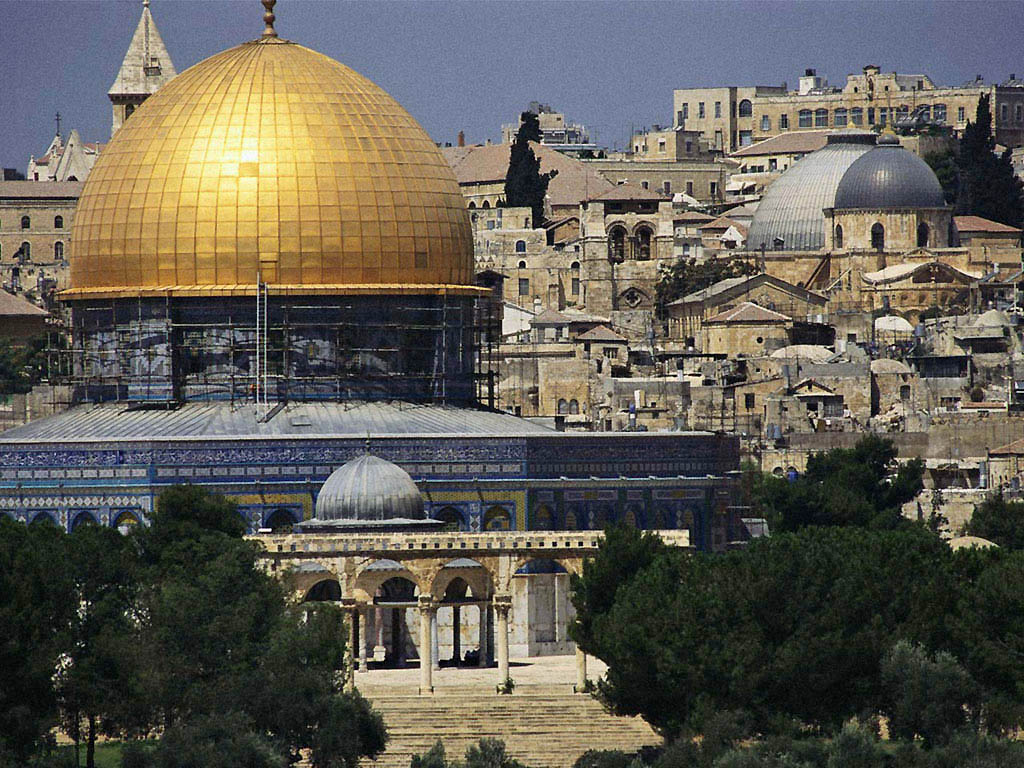 Jerusalem: One of the Prophet’s companions reported: "Once I asked Prophet Muhammad (peace be upon him) what was the first mosque established on earth; he said Al-Masjid (the mosque) Al-Haram (in Mecca). Then I asked him: Then which mosque? He replied: Al-Masjid Al-Aqsa."
Chapter 17, verse 1, of the Quran states: "Glorified be He (God) who took his servant (Muhammad) for a journey by night from al-Masjid al-Haram (in Mecca) to al-Masjid al-Aqsa (in Jerusalem), whose precincts we have blessed."

Email ThisBlogThis!Share to TwitterShare to FacebookShare to Pinterest
Labels: Jerusalem, Palestine will be free