Islam, in my own image 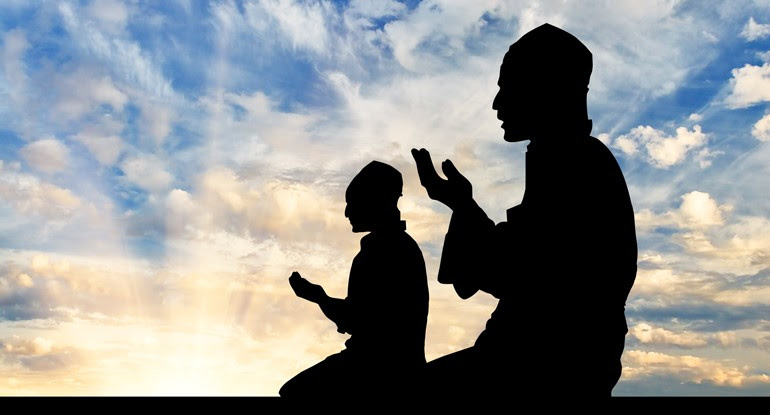 A close friend was mortified that I might have been asked — much less have accepted — to write about life as a Third-Culture Kid (“TCK”). “You’re a white male who lived exclusively in the United States until the age of 27!” he laughed. Guilty as charged, so why contribute here?

I may never win my friend over to my TCK bona fides, but I believe my life may in fact be characterized by some of the tensions inherent in the TCK experience — the precarious (hopeless?) balancing of competing commitments, traditions and values, for example, has dominated my life about the last nine years. I assumed somewhat, when I converted to Islam as a college sophomore, that I might live out the rest of my days in a state of blissful, spiritual self-confidence and inner tranquility. Not quite! I hadn’t the faintest sense of what I was getting myself into.

I grew up with Buddhist parents, went to Jewish preschool, occasionally observed Shabbat, and then, in high school, I nearly converted to Catholicism during a summer of going to Mass every single morning. I think it’s pretty clear there was a significant spiritual void that I was trying to fill.

In college, around the same age my hippie father had apparently first dabbled in Zen mysticism, I attended on a whim a lecture on Jihad and Just War Theory. What was said in that discussion I couldn’t tell you, though it certainly kindled anew my spiritual curiosity. I became quite enamored by this Muhammad fellow, so that summer I drove regularly the few hours across state lines to and from the nearest mosque. (Note, there was actually a mosque in my hometown I would later learn... their website just wasn’t up and running.) I felt at peace in the ritual prayer, addressing directly the Creator of the Cosmos in a way I had never known. By summer’s end, I converted to many a warm welcome, with offers of unconditional existential support and/or South Asian food, depending on the offeror.

I considered my life’s quest for ultimate meaning to have wrapped up by the ripe age of 20. I just had to adjust my sleep schedule — to be up for the 4:30 morning prayer — to donate 2.5 percent of my non-existent college student income, abstain from things like usurious loansharking and premarital sex, and travel to Saudi Arabia at least once if I ever did find a job.

This spiritual high lasted a solid month. At this point, I started contemplating the fate of my parents (and probably lightly evangelized them), reading about the problem of evil and suffering, and the incompatibility of human free will and divine determinism. Oh, and perhaps I had to decide what kind of Muslim I was (i.e., Sunni, Shi`i, or neither). These were questions which I was fantastically unequipped to answer.

I switched my major to religious studies, and I spent hours, days even, in the library. This is technically true; on one occasion, I refused to put down the text I was reading, and I got locked inside overnight. I’m confident that to this day, if blindfolded, I could still find my way to the Islamic studies section of Davis Library in Chapel Hill.

One strategy I adopted for answering my questions was to turn to the Qur’an. This was where things really deteriorated.

Prior to converting, I’d read mostly about Muhammad’s life; my firsthand knowledge of the Qur’an itself was limited to a few passages relevant to the ritual prayer. I was fairly confident I knew what “All-Merciful” and “All-Compassionate” looked like, and how these descriptions of God would play out in the pages of scripture. Yet, when I searched the pages of the Qur’an for this being, He’d apparently stepped out for tea. The more I read, the more unsettled, and at times revolted, I became. Scarcely would a page go by without some reference to hapless polytheists receiving merciless, grossly excessive torture (forever) in the afterlife. And the text’s speaker seems quite self-satisfied about doing so. There is no indication, either, that this fate is confined to “only the evil polytheists” — without proper faith, even a gentle, virtuous atheist or polytheist merits this agony of perdition:

“Garments of fire will be tailored for those who disbelieve; scalding water will be poured onto their heads, melting their insides as well as their skin; there will be iron crooks to restrain them; whenever, in their anguish, they try to escape, they will be pushed back in and told, ‘Taste the suffering of the Fire.’” (Qur’an, 22:19-22)

This is not “just punishment” for a crime; this is the consequence of a mere mistake of ontology (a philosophical belief about what exists). An eternity of physical agony is what the All-Merciful and All-Compassionate has freely decided should await these desperate souls.

I was still attracted to Muhammad, and I thought I must be missing something, but nonetheless, the Qur'an was not a text that I would have wanted my friends and family to read and think I agreed with. It did little good to consider these morally and emotionally painful passages “excusable” or “forgivable” based on the time period. This text was — by definition — supposed to be the greatest conceivable sum of words that could ever be put together, more meaningful and spiritually powerful than any work of poetry or literature past, present or future.

At precisely the same time, I was discovering the works of masters of logic and rational thought — Socrates and Plato, Spinoza and Mill, Rawls and Grayling — philosophers whose arguments, elegantly constructed and intellectually impactful, were, to me, objects of aesthetic beauty. They didn’t say, “You had better agree with this set of ideas or else you ought to be tortured.” The implicit claim of philosophy is that any idea, argument or perspective only has authority if it can be proven to be true (much like science, something of a popular spinoff of classical empiricism, I am told).

So then, where to go from here? Atheism? Not quite. My belief in God persists (most of the time) with a vision of a morally perfect, metaphysically necessary being; I just don’t think the Qur’anic description of God works in any straightforward way. So then, leave Islam for a rival religion? I’m quite certain this same tension exists between contemporary moral philosophy and any of the descriptions of God that developed in antiquity.

Since those early years as a Muslim, I’ve done the only thing I know how to do: fill my apartment with books, converse with friends and hope to God that, somehow, my affection for Muhammad and his family can be reconciled with a non-negotiable commitment to rationalism. I am also blessed to teach classical and modern Islamic political philosophy, and thus I get paid (minimally) to continue to reflect on some of these issues. (Some readers may balk at the notion — reflected self-consciously in the title of this piece — that I have just distorted "true Islam" into something I am comfortable believing in. If there is, however, any uncontested truth in Islamic studies, it is that there is in fact no "Islam out there" (reified or hypostatized, as they say); we all create our own, unique Islamic metaphysics. There is simply no vision or idea of Islam that is unshaped, unqualified and unimpacted by the believer in whom the idea subsists.)

Every once in a while, moreover, I am delighted to study a figure in Islamic history who doesn’t fit with traditional expectations. Ibn Tufayl, for instance, wrote the philosophical novel “Hayy ibn Yaqzan,” wherein the protagonist discovers all Absolute Truths with his reason, and without any aid from divine revelation, thank-you-very-much. Or even Ibn Sina, who could enjoy a good glass of wine and saw nothing contrary to the divine will about it.
I’m sure some restlessness in my psychology will never permit me to rest with any final conclusions about the meaning, relevance or authority of the Qur’an in my life. I will probably never understand exactly its relationship to the divine will. The belief that God chose very specific words in Arabic and narrated them (through Gabriel) to Muhammad is a belief that has gone for me and I am quite sure will never return. For some time, I have inclined optimistically toward a metaphor offered by Sa`id Nashid:

“The Qur’an is not the speech of God, just as the loaf of bread is not the work of the farmer. God produced the raw material, which was inspiration, just as the farmer produces the raw material, which is wheat. But it is the baker who turns the wheat or flour into bread according to his own unique way, artistic expertise, and creative ability. Thus it is the Prophet who was responsible for interpreting the inspiration and turning it into actual phrases and words [of the Qur’an] according to his own unique view.”

This is a vision of the nature of the text that at once begins to resolve some of its more uncomfortable passages and simultaneously makes its spiritual flourishes all the more sublime — emerging in some sense, if this vision is true, in the person of Muhammad, in the windswept desert of the Hijaz, in a humble corner of late antiquity. I look to the Qur’an not as the be-all and end-all of my thinking about God, but rather as one waypoint, and I try to hold fast to the intellective tools of history’s greatest philosophers as the brightest lanterns for the conceptual paths ahead.

John Miller teaches Islamic political thought and political theory in Connecticut. He has degrees in law and Islamic studies from the University of North Carolina. He lives with his wife and their cat, Tiramisu.