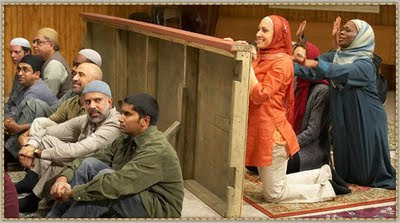 Two minutes after we settled into our chairs, one of the MYNA volunteers told us we needed to sit separately, boys on one side of the room and girls on the other.
My younger cousin voiced it perfectly when he simply declared to their faces, “That’s the dumbest thing I’ve ever heard.”
And he was right.
This was the only event I had been to that weekend that was gender segregated, which is bizarre. Why are we singling young people out with these regulations? In doing so, we assume some things about kids and teenagers. We create rules based on these assumptions, and we force a narrative of young people as characterized by wrong intentions and inappropriate interactions.
The worst part is that this kind of separation is not unique to this one event. It happens frequently in Muslim gatherings. I have been fortunate to have mostly been surrounded by progressive, active, well-rounded Muslims, so I personally don’t face this kind of situation often. But the fact is that it happens a lot. Too often.
It characterizes and defines many young Muslims’ childhoods and adolescence. This has serious implications on the culture of Muslim communities.

To separate young boys and girls is to sexualize their interactions immediately. It is to say that even sitting next to one another is in some way inappropriate. It teaches children that the only relationship between one another is sexual and therefore should be avoided. And it shouldn’t even really matter, but especially when we are sitting with our brothers, or cousins, or close friends we grew up with, to tell us that we might be giving strangers “the wrong idea” is ridiculous on so many levels.