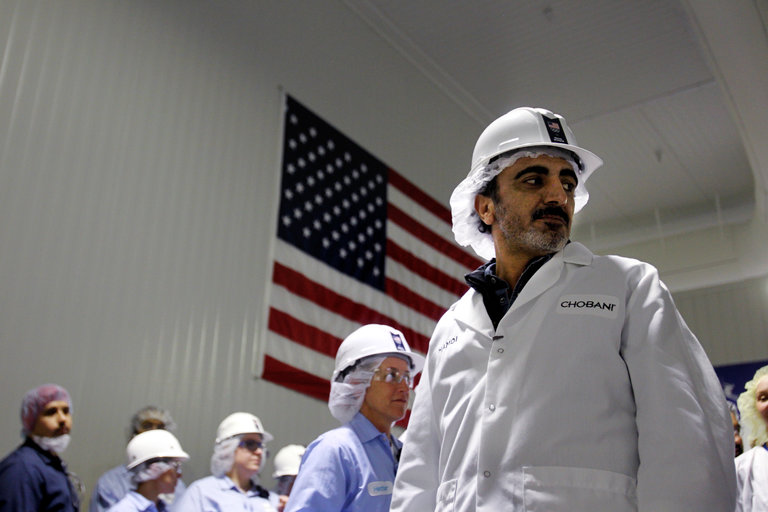 
Its founder, Hamdi Ulukaya, is a Turkish immigrant of Kurdish descent. He bought a defunct yogurt factory in upstate New York, added a facility in Twin Falls, Idaho, and now employs about 2,000 people making Greek yogurt.
But in this contentious election season, the extreme right has a problem with Chobani: In its view, too many of those employees are refugees.
As Mr. Ulukaya has stepped up his advocacy — employing more than 300 refugees in his factories, starting a foundation to help migrants, and traveling to the Greek island of Lesbos to witness the crisis firsthand — he and his company have been targeted with racist attacks on social media and conspiratorial articles on websites including Breitbart News.
Now there are calls to boycott Chobani. Mr. Ulukaya and the company have been taunted with racist epithets on Twitter and Facebook. Fringe websites have published false stories claiming Mr. Ulukaya wants “to drown the United States in Muslims.” And the mayor of Twin Falls has received death threats, partly as a result of his support for Chobani.