Why Some Muslim Men Love Khadija and Ayesha 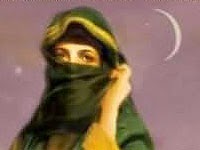 I loved this article from this tumblr :) This is an awesome brother mashAllah!

In the past couple of days, I’ve been witness to something that has angered me beyond measure. Some Muslim women started a hashtag on Twitter to talk about their issues. Why Twitter you ask? Well, because women’s issues are only marginally covered in the broader media unless it’s somehow connected to “saving” them or hijab or Femen. Under this hashtag - #IfKhadijaCanDoIt -, they were attempting to talk about the issues and problems facing them in current times.
As you guessed it, some Muslim men attempted to hijack it and infuse it with their own reactionary ideas of how Muslim women should live their lives. Below is a Twitter tirade I had last night that was directed at these men. For the most part, it’s what I tweeted as is, but I have added some new words and edited the tweets because in the heat of my anger, I forgot to type right at times. Here goes:

I’m tired and fed up with the double standards you have when it comes to Muslim women.
Why do I sense that there are two Islams for some of us? Why do I feel like the Islam for men is different from the Islam for women? On the one hand, there’s the cosmopolitan, inclusive, open Islam for men. It’s political, spiritual, religious. On the other, we’ve constructed an Islam for women that is only concerned with how they should belong to us in some way - whether as mothers, sisters, daughters or wives.
When we talk about Muslim men’s rights, we talk about everything - employment, immigration, health, education, workplace discrimination, systematic racism, racial profiling, insecurity… you name it, we talk about it. The Islam for men is politically charged. We use it to tackle issues that we face daily in our lives as independent beings with inalienable rights.
However, the Islam we’ve constructed for women serves only one purpose: to train women to be “good” mothers, wives, daughters and sisters. We don’t look at women’s problems in the same way as we do our own. We treat them like they’re far less dire than the hurdles facing us. When women attempt to get us to take them seriously, we patronize them with words like, “This is not as important as X, Y and Z facing the community right now.” As if women don’t have to struggle with issues we do.
We pretend like education, health care, immigration, racism etc… don’t affect them. Like they are only men’s issues. Some of us push hard to stunt their inclusion in our political struggles. When we allow them to join, we tokenize their presence. We’re happy to have them in full hijab, or with purdahs at rallies to show off how accepting of women’s rights we are. We like to talk about it to media. We showcase women in our political struggle, but behind closed doors, we’re just as prejudiced against them as the system that oppresses them.
We ignore that not only do they have to face every single problem we do, but they have to struggle against systemic and systematic misogyny, too, - not to mention far higher levels of sexual violence and almost all the sexual harassment.

Obviously, the worst of us want women to be confined to our houses - their role only to support us physically, spiritually and sexually. However, even among the best of us Muslim men, some treat women only as good as they can serve us in some way. Even when it comes to our political struggle, we include women to raise awareness about issues that are hurting us men, but when it comes to their problems, some of us abandon them. We don’t stand behind their voices. The worst don’t even listen.
Domestic violence? Their problem.
Lack of access to or cramped spaces and humiliation at mosques? Their problem.
Sexual harassment? Their problem.
Sexism at work? Their problem.
Misrepresentation in the media? Their problem.

If it’s something that pertains to only Muslim women, we pretend like it doesn’t even exist. We’re ready to defend ourselves when some Islamophobic nutjob collectively accuses us of treating Muslim women harshly, but when it comes to Muslim women being treated harshly by others, we don’t even notice. When Muslim women fight with us for our rights, they’re welcome. When it’s their rights, they stand alone. It’s like some Muslim men - even educated, cosmopolitan, “enlightened” men - feel shamed by supporting Muslim women.
But this… this angers me the most. This phrase that gets thrown around by some men when they’re confronted with women who want their rights, “Islam already gives women all the rights she needs.” This. Is. Bull****.

Brothers, when we are beat up by cops in NY, do we say, “Islam already gives men all the rights we need.” ??? Brothers, when our mosques are bugged by the FBI, do we say, “Islam already gives men all the rights we need.” ??? What about when we’re not hired because we’re brown? “Islam already gives men all the rights we need,” ??? No?
Brothers: Why is it that when Muslim men face racism and discrimination, we don’t talk about the prophet’s companions Othman or Omar? Brothers: Why is it that when the police uses violence against us, we don’t talk about Abuzar or Talha? Brothers: Seriously, if Islam is for all time, then why are we not able to see our issues in the prism of 1,400 years ago?
Oh, but just you wait till women’s issues come up. We all suddenly become scholars of early Islamic history.
Brothers, the only thing some of us can tell women is: “Well, just look at Khadija and Ayesha. That should solve your problem.”
Tell me brothers: How can looking at Khadija help a Muslim woman who’s being denied access to education by the state? How does looking at Ayesha help a Muslim who is being sexually harassed on the way to work? How should a Muslim woman who’s being discriminated against at work follow Fatima to solve her problem? You can’t because you and I both know why we use Khadija and Ayesha and Fatima when it comes to women’s issues.
We tell Muslim their problems are solved by women from early Islamic history because they were all housewives.
That’s what some of us want Muslim women to be, brothers. We want them to only serve our needs. Their existence tied to us. We don’t actually want to support Muslim women in their struggle against issues facing them. We just want to one up them while acting smart about it. But to live a life like Khadija or Ayesha, you need to have a husband like Mohammed, which I don’t see any of us being like. Even if Muslim women choose to be housewives - and many do - they’ll still struggle against patriarchy - at home.
The truth is, when some men tell Muslim women they should follow Khadija or Ayesha, what we really mean is: “Follow men.” Guess what: If there was a school in Mecca in 7th century AD, I’m sure Khadija and Ayesha would’ve liked to go to study, too. Muslim women would’ve become nurses, doctors, and teachers, too, if those institutions existed. If all the Muslim women should do is what women in 7th century AD Mecca did, then why are men doing different things?
Why don’t we men take camels up and down the Mecca-Syria trail since that’s what the best Muslim men back then did? Name one male companion of the prophet who was a doctor or an engineer or a college professor. One. (The answer by the way is zero). Better yet, why aren’t we dreaming of becoming sheep herders when we grow up because that’s what the prophet grew up to do.
Why do some Muslim men want to be doctors, engineers and college professors unlike the prophet and his companions? Isn’t this bid’ah and fitnah? But when Muslim women want to teach, or treat patients or design cars some of us start shouting, “KHADIJA! AYESHA! BID’AH! FITNAH!” And best of all: “Islam already gives women all the rights she needs…”
You know what that translates to? “Make me food. Suck my d***. Raise my kids.”

The truth is, some of us use Khadija and Ayesha and Fatima’s names to enslave their daughters - nothing more, nothing less. Worse, we use Islam to justify our own inadequacies, our own prejudices and our own misogyny and contempt for women. No, Islam doesn’t give women all the rights they need because some of these rights didn’t even exist back then. There were no constitutions, no social contracts and no inalienable rights.
That’s why Islam isn’t the be all end all for us men and our problems and rights in contemporary society. That’s why our banners decrying racial profiling by New York Police Department don’t include the words, “Islam already gives us all the rights we need. Please continue to oppress us because we’re very happy.”

So what is the solution? How can we men help? Here’s a revolutionary idea: listen to Muslim women.
Muslim women know their problems and the solutions to them. They’re working on it. All they need from us is support. They’re fighting against the system denying them their rights and you know, their issues are too complex for a guy - like me and you - to understand on our own. We have to learn - from them. After they’ve made us understand, we have to ask them how we can support them. Not support them the way we would like to.
Most of all, we men shouldn’t try to come up with answers: Muslim women already have most of them and are working on the rest. Our job is when women come out to implement their solutions to stand behind them or beside them. Not in front of them. They’re already in the trenches for their rights and for solving their issues. They need amplification of their voices not obstruction. We can stand with them against the state, the religious establishment, even our own brothers - just like they stand with us when our rights are at stake. Or we can ignore them, but even ignoring them - at this critical juncture - is better than beating the Khadija and Ayesha drum.
Not only does it demean Khadija and Ayesha and show our contempt for women, it also gives the system extra ammunition to oppress women. After all, if Muslim men don’t want women to have their rights, why should the states care?

Finally, next time someone asks you why you’re speaking for women’s rights or joining their rallies, tell them because: