Of Aisha’s age at marriage 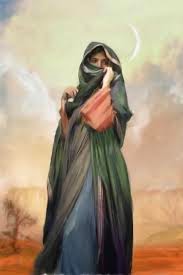 IT is said that Hazrat Aisha was six years old when her nikah was performed with Prophet Muhammad (PBUH) in Makkah, and nine years old when she moved in to live with her husband in Madina after Hijra.
This piece of misinformation has led to the wrong view that child marriage has the sanction of Islam. It must be noted that establishing the authenticity of hadiths, the narrators’ circumstances and the conditions at that time have to be correlated with historical facts. There is only one hadith by Hisham which suggests the age of Hazrat Aisha as being nine when she came to live with her husband.
Many authentic hadiths also show that Hisham’s narration is incongruous with several historical facts about the Prophet’s life, on which there is consensus. With reference to scholars such as Umar Ahmed Usmani, Hakim Niaz Ahmed and Habibur Rehman Kandhulvi, I would like to present some arguments in favour of the fact that Hazrat Aisha was at least 18 years old when her nikah was performed and at least 21 when she moved into the Prophet’s house to live with him.
According to Umar Ahmed Usmani, in Surah Al-Nisa, it is said that the guardian of the orphans should keep testing them, until they reach the age of marriage, before returning their property (4:6). From this scholars have concluded that the Quran sets a minimum age of marriage which is at least puberty. Since the approval of the girl has a legal standing, she cannot be a minor.
Hisham bin Urwah is the main narrator of this hadith. His life is divided into two periods: in 131A.H. the Madani period ended, and the Iraqi period started, when Hisham was 71 years old. Hafiz Zehbi has spoken about Hisham’s loss of memory in his later period. His students in Madina, Imam Malik and Imam Abu Hanifah, do not mention this hadith. Imam Malik and the people of Madina criticised him for his Iraqi hadiths.
All the narrators of this hadith are Iraqis who had heard it from Hisham. Allama Kandhulvi says that the words spoken in connection with Hazrat Aisha’s age were tissa ashara, meaning 19, when Hisham only heard (or remembered), tissa, meaning nine. Maulana Usmani thinks this change was purposely and maliciously made later.
Historian Ibn Ishaq in his Sirat Rasul Allah has given a list of the people who accepted Islam in the first year of the proclamation of Islam, in which Hazrat Aisha’s name is mentioned as Abu Bakr’s “little daughter Aisha”. If we accept Hisham’s calculations, she was not even born at that time.
Some time after the death of the Prophet’s first wife, Hazrat Khadija, Khawla suggested to the Prophet that he get married again, to a bikrun, referring to Hazrat Aisha (Musnad Ahmed). In Arabic bikrun is used for an unmarried girl who has crossed the age of puberty and is of marriageable age. The word cannot be used for a six-year-old girl.
Some scholars think that Hazrat Aisha was married off so early because in Arabia girls mature at an early age. But this was not a common custom of the Arabs at that time. According to Allama Kandhulvi, there is no such case on record either before or after Islam. Neither has this ever been promoted as a Sunnah of the Prophet. The Prophet married off his daughters Fatima at 21 and Ruquiyya at 23. Besides, Hazrat Abu Bakr, Aisha’s father, married off his eldest daughter Asma at the age of 26.
Hazrat Aisha narrates that she was present on the battlefield at the Battle of Badar (Muslim). This leads one to conclude that Hazrat Aisha moved into the Prophet’s house in 1 A.H. But a nine-year-old could not have been taken on a rough and risky military mission.
In 2 A.H, the Prophet refused to take boys of less than 15 years of age to the battle of Uhud. Would he have allowed a 10-year-old girl to accompany him? But Anas reported that he saw Aisha and Umme Sulaim carrying goatskins full of water and serving it to the soldiers (Bukhari). Umme Sulaim and Umme Ammara, the other women present at Uhud, were both strong, mature women whose duties were the lifting of the dead and injured, treating their wounds, carrying water in heavy goatskins, supplying ammunition and even taking up the sword.
Hazrat Aisha used the kunniat, the title derived from the name of a child, of Umme Abdullah after her nephew and adopted son. If she was six when her nikah was performed, she would have been only eight years his senior, hardly making him eligible for adoption. Also, a little girl could not have given up on ever having her own child and used an adopted child’s name for her kunniat.
Hazrat Aisha’s nephew Urwah once remarked that he was not surprised about her amazing knowledge of Islamic law, poetry and history because she was the wife of the Prophet and the daughter of Abu Bakr. If she was eight when her father migrated, when did she learn poetry and history from him?
There is consensus that Hazrat Aisha was 10 years younger than her elder sister Asma, whose age at the time of the hijrah, or migration to Madina, was about 28. It can be concluded that Hazrat Aisha was about 18 years old at migration. On her moving to the Prophet’s house, she was a young woman at 21. Hisham is the single narrator of the hadith whose authenticity is challenged, for it does not correlate with the many historical facts of the time.
Source
Posted by Zafar Khan at 09:00