The compassion of the Prophet towards those who abused him 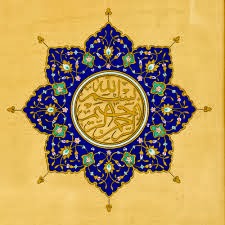 Prophet Muhammad started the message of Islam in Arabia at a time when human rights had no meaning, might was right and the society was entrenched in paganism. In this environment Prophet Muhammad

taught a message of justice, peace, human rights, animal rights and even environmental rights as ordained by God, the One True Creator of all that is in the universe.
God has shown us in the character of Prophet Muhammad

the model of a companionate person. He treated every one, friends and foe, man and woman, young and old, with kindness and respect.

Even when the pagan Arabs reacted to the message of the Prophet with extreme hatred he showed love and kindness.
The following examples from the life of the Prophet show us how we should react when faced with hatred.

whenever he passed by her house.
The story related about this incident, mentions a neighbor of the Prophet that tried her best to irritate him by throwing garbage in his way every day. One day, when he walked out of his home there was no garbage. This made the Prophet inquire about the old woman and he came to know that she was sick. The Prophet went to visit her and offer any assistance she might need. The old woman was extremely humbled and at the same time ashamed of her actions in light of the concern that the Prophet showed her.

By seeing the example of compassion of Prophet Muhammad

, she became convinced that Islam must be a true religion that the Prophet was preaching. 1
Another incident that is reported from the life of the Prophet is when the Prophet traveled to a neighboring town of Taif.

In Taif he thought he might find people who might be respectable to the message of Almighty God. The people of Taif turned out to be as hateful as the people of Makkah. The elders of the town planned an organized campaign to ridicule the Prophet. To escalate their disapproval of the Prophet and prevent him from preaching Islam, they set a group of children and vagabonds behind him. They pestered him and threw stones at him. Tired, forsaken and wounded, he sought refuge in a nearby garden. It belonged to Atabah and Shaibah, two wealthy chiefs of Quraish.
They were both there when Prophet Muhammad

entered and sat under a distant tree. The Prophet raised his face towards heaven and prayed: "O Almighty! I raise unto you my complaint for my weakness, my helplessness, and for the ridicule to which I have been subjected. O Merciful! You are the Master of all oppressed people, You are my God! So to whom would You consign me? To the strangers who would ill-treat me, or to the enemies who have an upper hand over me? If whatever has befallen me is not because of Your wrath, then I fear not. No doubt, the field of Your security and care is wide enough for me. I seek refuge in Your light which illuminates darkness and straightens the affairs of this world and hereafter, that Your displeasure and wrath may not descend upon me. For the sake of Your pleasure, I remain pleased and resigned to my fate. No change in this world occurs without Your Will."
Atabah and Shaibah were watching. They sent for their servant named Adaas and gave him a plate full of grapes. "Take this to that man under the tree," they ordered. So he brought the grapes to Prophet Muhammad

picked the grapes he said: "Bismillahir Rahmaanir Rahim" (In the Name of God, the Most Merciful, the Most Compassionate). Adaas had never heard this before. He was impressed by it, because the Prophet was invoking mercy and compassion of Almighty in spite of all the hardship he was subjected to.
"Who are you?" Adaas asked. Muhammad

replied, "I am the Prophet of God. Where do you come from?"
The servant said: "I am Adaas, a Christian. I come from Nainava."
"Nainava? You come from a place where my brother Yunus bin Mati (Jonah son of Mati) lived," the Prophet

said.
Adaas was surprised to hear the name.
"What do you know of Yunus? Here no one seems to know him. Even in Nainava there were hardly ten people who knew his father's name."

said: "Yes, I know him because just like me, he was a Prophet of Almighty God."
Adaas fell on his knees before the Prophet

, kissed his hand and embraced him.
It is further reported that after the Prophet took refuge from the stone throwing mob, Angel Jibrael came to the Prophet and asked him if he so wished Jibrael would give the command to bury the city between two mountains. Although the prophet

had suffered a great deal at the hands of these people, he replied that he did not wish destruction for the people of Taif because maybe their offspring would proclaim the religion of truth. 2

The Islamic scholar Imam Ghazali (1058 - 1111 C.E.) summarizes the information he collected in the hadith regarding our Prophet's compassionate attitude to all those around him as follows:
"He was far from knowing anger and quickly showed compassion for things. He was the most loving of men toward other people. He was the most auspicious of men and did the most good to others, and the most useful and beneficial to others." 3
The Quran says that Prophet was sent as mercy to humankind. If we are to honor the Prophet

, it will be by adopting the sublime character of our Prophet and not through the emotions of anger and hate.