Muhammad: A Prophet for Our Time 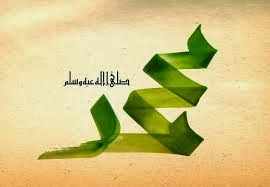 The history of a religious tradition is a continuous dialogue between a transcendent reality and current events in the mundane sphere. The faithful scrutinize the sacred past, looking for lessons that speak directly to the conditions of their lives. Most religions have a figurehead, an individual who expresses the ideals of the faith in human form. In contemplating the serenity of the Buddha, Buddhists see the supreme reality of Nirvana to which each of them aspires; in Jesus, Christians glimpse the divine presence as a force for goodness and compassion in the world. These paradigmatic personalities shed light on the often dark conditions in which. most of us seek salvation in our flawed world. They tell us what a human being can be.

Muslims have always understood this. Their scripture, Qur'an, gave them a mission: to create a just and decent society, in which all members were treated with respect. The political well being of the Muslim community was, and is, a matter of supreme importance. Like any religious ideal, it is almost insuperably difficult to fulfill, but after each failure, Muslims have tried to get up and begin again. Many Islamic rituals, philosophies, doctrines, sacred texts, and shrines are the result of frequently anguished and self-critical contemplation of the political events of Islamic society.
The life of the Prophet Muhammad (c. 570-632 CE) was as crucial to the unfolding Islamic ideal as it is today. His career revealed the inscrutable God's activity in the world, and illustrated the perfect surrender (in Arabic, the word for "surrender" is islam) that every human being should make to the divine. Beginning during the Prophet's lifetime, Muslims had to strive to understand the meaning of his life and apply it to their own. A little more than a hundred years after Muhammad's death, as Islam continued to spread to new territories and gain converts, Muslim scholars began to compile the great collections of Muhammad's sayings (ahadith) and customary practice (sunnah), which would form the basis of Muslim law. The sunnah taught Muslims to imitate the way Muhammad spoke, ate, loved, washed, and worshipped, so that in the smallest details of their daily existence, they reproduced his life on earth in the hope that  they would acquire his internal disposition of total surrender to God.

At about the same time, in the eighth and ninth centuries, the first Muslim historians began to write about the life of the Prophet Muhammad: Muhammad ibn Ishaq (d. 767); Muhammad ibn 'Umar al-Waqidi (d. c. 820); Muhammad ibn Sa'd (d. 845); and Abu Jarir at-Tabari (d. 923). These historians were not simply relying on their own memories and impressions, but were attempting a serious historical reconstruction. They included earlier documents in their narratives, traced oral traditions back to their original source, and, though they revered Muhammad as a man of God, they were not entirely uncritical. Largely as a result of their efforts, we know more about Muhammad than about nearly any other founder of a major religious tradition. These early sources are indispensable to any biographer of the Prophet.

The work of Muhammad's first biographers would probably not satisfy a modern historian. They were men of their time and often included stories of a miraculous and legendary nature that we would interpret differently today. But they were aware of the complexity of their material. They did not promote one theory or interpretation of events at the expense of others. Sometimes they put two quite different versions of an incident side by side, and gave equal weight to each account, so that readers could make up their own minds. They did not always agree with the traditions they included, but were trying to tell the story of their Prophet as honestly and truthfully as they could. There are lacunae in their accounts. We know practically nothing about Muhammad's early life before he began to receive what he believed were revelations from God at the age of forty. Inevitably, pious legends developed about Muhammad's birth, childhood, and youth, but these clearly have symbolic rather than historical value.

There is also very little material about Muhammad's early political career in Mecca. At that time, he was a relatively obscure figure, and nobody thought it worthwhile to make note of his activities. Our main source of information is the scripture that he brought' to the Arabs. For some twenty-three years, from about 610 to his death in 632, Muhammad claimed that he was the recipient of direct messages from God, which were collected into the text that became known as the Qur'an. It does not contain a straightforward account of Muhammad's life, of course, but came to the Prophet piecemeal, line by line, verse by verse, chapter by chapter. Sometimes the revelations dealt with a particular situation in Mecca or Medina. In the Qur'an, God answered Muhammad's critics; he reviewed their arguments; he explained the deeper significance of a battle or a conflict within the community. As each new set of verses was revealed to Muhammad, the Muslims learned it by heart, and those who were literate wrote it down. The first official compilation of the Qur'an was made in about 650, twenty years after Muhammad's death, and achieved canonical status.

The Qur'an is the holy word of God, and its authority remains absolute. But Muslims know that it is not always easy to interpret.  Its laws were designed for a small community, but a century after their Prophet's death, Muslims ruled a vast empire, stretching from the Himalayas to the Pyrenees. Their circumstances were entirely different from those of the Prophet and the first Muslims, and Islam had to change and adapt. The first essays in Muslim history were written to address current perplexities. How could Muslims apply the Prophet's insights and practice to their own times? When the early biographers told the story of his life, they tried to explain some of the passages in the Qur'an by reproducing the historical context in which these particular revelations had come down to Muhammad. By understanding what had prompted a particular Qur'anic teaching, they could relate it to their own situation by means of a disciplined process of analogy. The historians and thinkers of the time believed that learning about the Prophet's struggles to make the word of God audible in the seventh century would help them to preserve his spirit in their own. From the very start, writing about the Prophet Muhammad was never a wholly antiquarian pursuit. The process continues today. Some Muslim fundamentalists have based their militant ideology on the life of Muhammad; Muslim extremists believe that he would have condoned and admired their atrocities. Other Muslims are appalled by these claims, and point to the extraordinary pluralism of the Qur'an, which condemns aggression and sees all rightly guided religions as deriving from the one God. We have a long history of Islamophobia in Western culture that dates back to the time of the Crusades. In the twelfth century, Christian monks in Europe insisted that Islam was a violent religion of the sword, and that Muhammad was a charlatan who imposed his religion on a reluctant world by force of arms; they called him a lecher and a sexual pervert. This distorted version of the Prophet's life became one of the received ideas of the West, and Western people have always found it difficult to see Muhammad in a more objective light. Since the destruction of the World Trade Center on September 11th, 2001, members of the Christian Right in the United States and some sectors of the Western media have continued this tradition of hostility, claiming that Muhammad was irredeemably addicted to war. Some have gone so far as to claim that he was a terrorist and a pedophile.

We can no longer afford to indulge this type of bigotry, because it is a gift to extremists who can use such statements to "prove" that the Western world is indeed engaged on a new crusade against the Islamic world. Muhammad was not a man of violence. We must approach his life in a balanced way, in order to appreciate his considerable achievements. To cultivate an inaccurate prejudice damages the tolerance, liberality, and compassion that are supposed to characterize Western culture.

Strangely, events that took place in seventh-century Arabia have much to teach us about the events of our time and their underlying significance-far more, in fact, than the facile sound bites of politicians. Muhammad was not trying to impose religious orthodoxy- he was not much interested in metaphysics-but to change people's hearts and minds. He called the prevailing spirit of his time jahiliyyah. Muslims usually understand this to mean the "Time of Ignorance," that is, the pre-Islamic period in Arabia. But, as recent research shows, Muhammad used the term jahiliyyah to refer not to an historical era but to a state of mind that caused violence and terror in seventh-century Arabia. Jahiliyyah, I would argue, is also much in evidence in the West today as well as in the Muslim world.
Paradoxically, Muhammad became a timeless personality because he was so rooted in his own period. We cannot understand his achievement unless we appreciate what he was up against. In order to see what he can contribute to our own predicament, we must enter the tragic world that made him a prophet nearly fourteen hundred years ago, on a lonely mountain top just outside the holy city of Mecca.
Excepted from "Muhammad: A Prophet for Our Time" by Karen Armstrong.