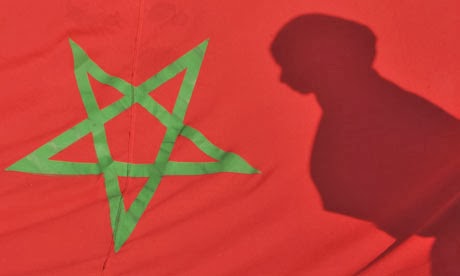 In parts of Morocco, particularly in rural areas, a girl or unmarried woman who is not a virgin, even if she lost her virginity through rape, is seen as bringing dishonour to her family. Marrying the rapist is thought to alleviate this stigma.

Another horrific consequence of this law was that if a man wanted to wed a woman who was unwilling to be his bride, by raping her he could, in effect, force her into marriage. It took the tragic case of Amina Filali, 16, who was forced into marriage after she was raped, and who killed herself seven months into wedlock, to be the catalyst for action. Her plight caused such outrage across the country it triggered protests in several cities. Last August, several women's rights groups joined forces to tackle child marriage. We organised a so-called peace and white march – "peace" because our protest was non-violent; "white" to represent the colour of doctors' coats.

Our aim was to show how rape and forced and child marriage had a negative impact on women's health. A pair of doctors who work in our clinics joined us on the rally. We waved placards, but fell silent as we marched on the parliament building in the Moroccan capital, Rabat. Many women suffer in silence and we wanted our demonstration to emphasise that. The peace and white march was followed with a pink march – to symbolise women's rights. Each demonstration increased public interest. Victory came last month, in January, when we discovered that the law had been changed, though the clause relating to child marriage has been postponed for further consultation. Source
Posted by Zafar Khan at 09:30