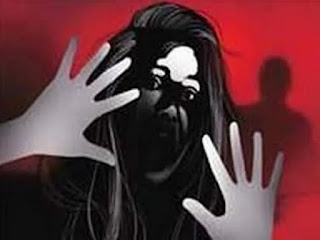 With Pakistan reporting a number of incidents of rape and sexual assaults, the country is undoubtedly witnessing the spread of "sexual terrorism" according to a report published in Friday Times.

Nazeer Arjio, writing in the Friday Times said: "The Minar-e-Pakistan tragedy on Independence Day has not only brought national embarrassment but also reaffirmed that the Pakistani society is full of sexual predators and their supporters. Man has crossed all limits when it comes to unleashing sexual atrocities, while the state watches on."

The psychological, social, and practical baggage emanating from sexual assaults is immense. But the victim of the Minar-e-Pakistan assault is just the latest to be left helpless, Arjio said.

Meanwhile, Pakistan Prime Minister Imran Khan last month stated that sexual crimes are rising in the country due to misuse of mobile phones, according to local media.

His remark came after, a Pakistani TikToker, on August 14, was captured being "brutally attacked" by hordes of men in Lahore's Minar-e-Pakistan even the country celebrated its Independence Day and for a while, the incident was among top hashtags on Twitter #minarPakistan and #400 men were among the hashtags being used by outraged netizens who expressed their shock and disgust at the violence against the woman.

Following the Minar-e-Pakistan incident, women's studies professor Shahla Haeri said, "Rape in Pakistan is often institutionalised and has the tacit and at times the explicit approval of the state."

"In June, an elderly woman was held hostage at gunpoint and subsequently subjected to sexual assault by influential people in Muzaffargarh, to avenge her son's love marriage," Arjio said, adding "Pakistan is undoubtedly witnessing the spread of sexual terrorism."

"Women's struggle against sexual victimisation will not end until the mindset that sees woman as an object of sexual pleasure is changed. While establishing true gender equality would require time, right now it is pertinent that the state declare a sexual terrorism emergency to protect its women," Arjio added.