Muslim, pregnant and in jail as coronavirus sweeps through: India says this woman is ‘key conspirator’ in citizenship act riots 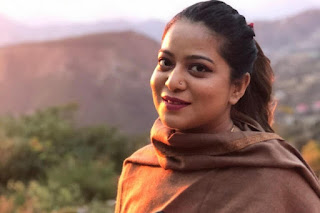 As coronavirus infections sweep through its prisons India has in the past month released tens of thousands of inmates.
But Safoora Zargar, four months pregnant with her first child, is not one of them. Instead she languishes in the Tihar jail complex of New Delhi.
The 27-year-old PhD student is one of five Muslim students and activists arrested since India’s lockdown began on March 25 for their role in protests against a law that would make it easier for non-Muslims from neighbouring countries to gain citizenship.
Critics say the law entrenches rising Hindu nationalism and openly discriminates against Muslims, who form just over 10 per cent of the population.

Safoora, who is studying sociology at Jamia Millia University, has spoken to her husband twice from jail since she was detained on April 10. Both times, the call lasted for five minutes before automatically disconnecting, her husband said.
She has told him and her family that she is keeping well. “She is a tough character. But at the end of the day, there can’t be enough care that can be given to a pregnant woman. It is keeping us up at night,” he said.

Police allege Safoora was a “key conspirator” in the three days of communal violence in February, when at least 53 people, mostly Muslims, died and several hundred more were injured. She has been charged under the Unlawful Activities Prevention Act (UAPA) – a regressive anti-terror law under which a person can be denied bail for an indefinite period of time.

But activists involved in the protests say they were peacefully opposing the new law, known as the Citizenship Amendment Act or CAA, and the rioting was caused by Hindu groups who attacked mostly Muslim protesters. The activists allege police did nothing to stop the armed mobs and in some cases were even complicit in their actions.

Harsh Mander, a prominent rights activist, who took part in an anti-CAA protest, questioned the timing of Safoora’s arrest.

“It shows the cynical approach the government has taken to silence dissenting voices. They know at this time when we are all forced to stay home due to the pandemic, it won’t be possible for people to come out and protest [against] these arrests.”
Days before Safoora was taken into custody by Delhi police, Meeran Haidar, a student at the same university, and Shifa-Ur-Rehman, president of the Jamia Millia Islamia Alumni Association, were also arrested for inciting riots and indulging in hate speech. Police also booked Gulfisha Fatima, a 28-year-old MBA student and Khalid Saifi, a prominent activist. In each of the cases, police invoked the UAPA.

Aysha Renna, a student activist, believes by arresting student leaders under terror laws, the government is trying to suppress any future protests.

“The government is scared and is trying to do everything to sabotage our peaceful protests. But we have decided to regroup and restart the protests after the coronavirus lockdown is over. We won’t back down until the law is revoked,” she said.
The arrests have also come amid a rise in Islamophobia amid the coronavirus outbreak, which has infected more than 78,000 in the country and killed over 2,500.
In March, an infection cluster emerged from a large religious gathering organised by the Muslim missionary group Tablighi Jamaat in New Delhi. The gathering was linked to over 4,000 infections and more than 20,000 people, including foreign nationals, were quarantined. It prompted viral videos containing misinformation designed to spark anger against Muslims.
This month, Delhi police filed sedition charges against Dr Zafarul Islam Khan, chairman of the Delhi Minority Commission, for his Facebook posts. In one of the posts, Khan had termed the government’s decision to keep Tablighi Jammat members in quarantine despite being declared Covid-19 negative weeks earlier as “illegal detention”.

Safoora and her family have been trolled, with questions raised about whether hers is an out of wedlock pregnancy, which would be severely frowned upon in India’s largely conservative society.
Women activists have been up in arms with the Delhi Commission of Women asking the police to take action against the trolls.

With the entire country still under an extended lockdown, campaigns to set her free have been restricted to the internet. The Jamia Coordination Committee at her university, which organised the protests, and other rights activists have been drawing attention to Safoora’s plight on social media and started a petition for her to be released.
Safoora has spent the entire month of Ramadan in jail and her family holds little hope of seeing her on Eid, which is next week. Even so, her husband is keeping faith in the judiciary. “We believe the courts will set her free soon,” he said.