The Real and the Fake 700 year old Great Mosque of Xi'an, China 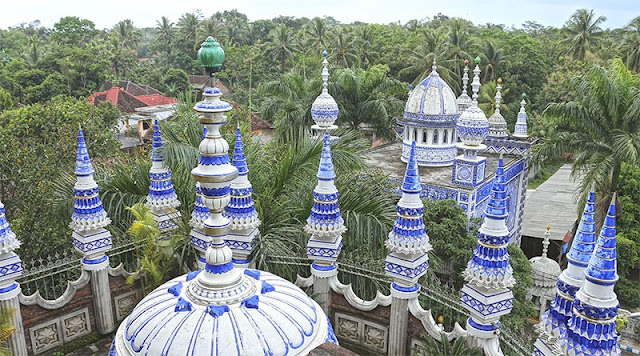 We know that Internet is full of fake stuff. One such email doing rounds is the "700 year old Mosque in Xian Shanxi, China from the time of the Ming dynasty. The entire Quran is written on the walls of the mosque." An example of this tweet is here:

700 year old #Mosque in #Xian Shanxi, China from the time of the Ming dynasty.
The entire Quran is written on the walls of the mosque. pic.twitter.com/wSbGp0FQ9L
— Sabena Siddiqi (@sabena_siddiqi) March 11, 2018


This mosque is Tiban Turen Mosque in Malang, Indonesia. Tiban Mosque is called because it is said that the mosque is in the village, with a narrow road, and with its grandeur was built without the knowledge of the local people. According to the myths circulating in this area the mosque building was built by a genie in just one night.

However, when this was confirmed to the secretariat, it was said that the construction of the mosque which was actually a complex of the Salafiyah Bihaaru Bahri Islamic Boarding School 'Asali Fadlaailir Rahmah was purely built by the students and worshipers.

In fact it is actually an Islamic boarding school. It has 10 levels, where each level has a different theme. On the 1st floor there are several large aquarium displays and souvenirs. Floors 2-6 You will be spoiled with various calligraphy carvings and ornaments that spoil your eyes. On floors 7-8 you can buy some of the mosque's special souvenirs. And at the end of the 9-10th floor you will be spoiled with views of the green and comfortable village from a height.

Some of the above info is Google translated from IloveMalang.

You can also watch this video for more info. 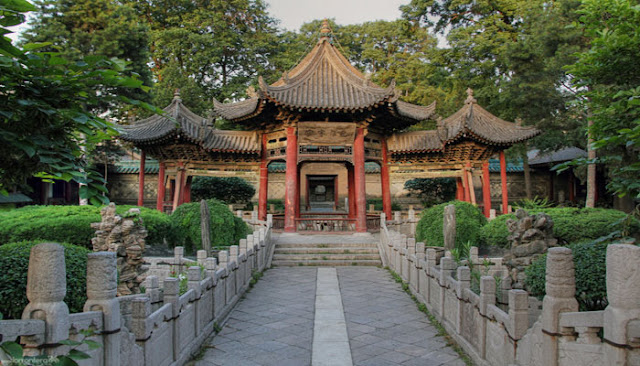 Now coming back to the Great Mosque of Xi'an, China, there is a recent article from The News, Pakistan.


The Great Mosque of Xi'an has charmed the Muslim dynasty with honor as much as any other religious heritage -- with one being epic calligraphy of entire verses from the holy book - Quran.

This largest mosque across the province of Shanxi, China has breathed seven hundred years since its birth during the Hongwu reign of the Ming dynasty, with further additions during the Qing dynasty, still stands gracefully -- portraying all the elegance in its wall calligraphy. 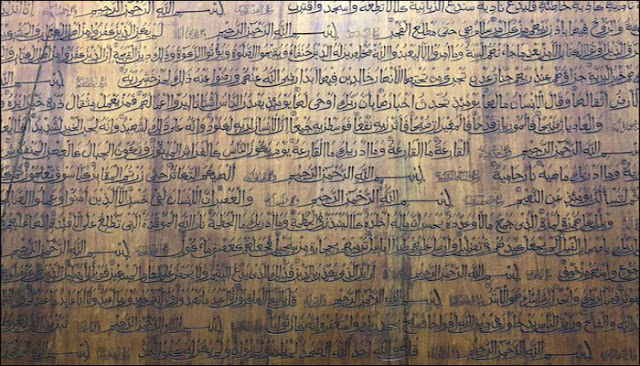 The architecture excellence takes its mantra from a fusion of Arabic and Nastaliq script brought on to the walls with no voids for imperfection and is indeed a blissful gift, which after construction was next taken in responsibility and renovation under impact of Qing dynasty.

What adds to its perfection is the scripting brilliance yet in its fine prominence and gathers as much believers as any other would.