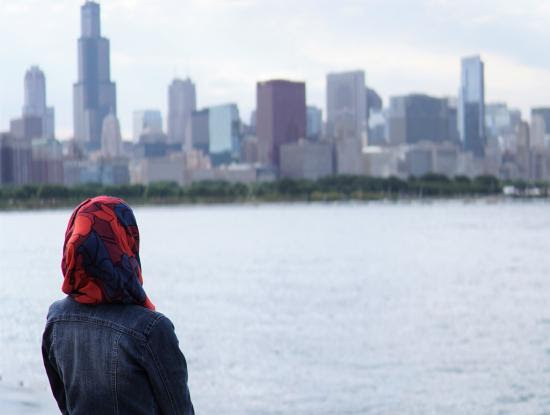 “You’re not wearing the hijab properly. Women who dress like that are cursed.”
“Sister, you are misleading the younger generation of Muslimahs.”
“You shouldn’t bother wearing the hijab at all if you are going to wear makeup/tight clothes.”
“You are representing Islam in a bad way when you wear the hijab like that.”
…Sound familiar? It does to me. Thankfully, I haven’t had anyone comment on my own hijab. But I see other Muslim women getting these kinds of comments on a daily basis, not just from other women but often from men.
There is absolutely no reason for random men to give their unwarranted two cents about the way a Muslim woman covers her body. As someone who wears a hijab/headscarf, I’m going to be addressing that aspect of it, specifically.
Most of the time when men give women advice about hijab these days, they do it online on a public platform (which goes against the Islamic etiquette of giving advice). I have seen YouTube videos from Muslim men where all they talk about is how a Muslim woman should cover or the mistakes that many women make, as if there are not other resources out there on this topic. There are videos of men bashing Muslim women for wearing “improper” hijab and being YouTubers.  Men criticizing a Muslim woman’s makeup, outfit, or style of hijab on Facebook, Instagram, YouTube, etc. in the name of “guidance.” This is not sincere advice. This is an attempt to humiliate and control these women.
And then there’s the pathetic argument that if a woman is not practicing hijab perfectly, she shouldn’t be wearing a headscarf at all. Besides the fact that these men are bringing the sin on themselves if the woman actually does remove it as a result of this discouragement, it also just doesn’t make sense. That’s like saying if someone isn’t praying 5 times a day or isn’t praying perfectly, they should just stop completely.

This is not sincere advice. This is an attempt to humiliate and control these women.

Some men say the hijab is a big deal because Muslim women are representing Islam, so if they do something wrong while wearing it, it’s worse than if they were not wearing it while doing that action. But why should the burden of “representation” fall solely on hijabi women’s shoulders? And what about a man who’s sinning? For example, if a man is dating and he is with his girlfriend, should he not pray in front of her because she’ll associate his actions with Islam and think dating is okay in our religion? No, because obviously, one sin doesn’t excuse another. Plus, if someone genuinely wants to learn about Islam, they will learn right from wrong through research regardless of what Muslims are doing.
There’s also an impossibly high standard that Muslim women are held to when they wear the hijab, versus when they don’t. I haven’t been wearing the hijab for most of my life, so I know this is true. As soon as a woman starts wearing a scarf on her head, people (including Muslim men) expect her to be a perfect Muslim. The hijab is not a statement saying, “I’m a perfect Muslim! Be like me!” It’s a sign of a woman’s attempt to draw closer to her Creator through obeying Him. The hijab on my head has literally nothing to do with other people. I’m not doing it to hide from men. I’m not doing it to become a role model for young Muslimahs. I’m not doing it to prove a point to society. The only thing that keeps me wearing the hijab every day, despite all of the struggles it comes with, is my desire to please God. That’s it.

Read more at http://www.patheos.com/blogs/mostlymuslim/2017/07/muslim-men-hijab/#Mer0QqBAlE3AHCpW.99
Posted by Zafar Khan at 08:18

Email ThisBlogThis!Share to TwitterShare to FacebookShare to Pinterest
Labels: Hijab, Smash the patriarchy