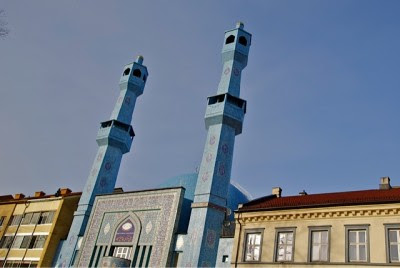 This really moved me :)
‘Religious experience’ on Utøya
Morten Ibrahim Abrahamsen, now a 23-year-old man from Hamar, converted after surviving the massacre of July 22, 2011 on the island of Utøya that was carried out by another young but right-wing anti-Islamic extremist. Abrahamsen told Aftenposten he had a religious experience while he desperately tried to hide from the lone gunman Anders Behring Breivik, who killed 69 people at the Labour Party’s youth summer camp that Abrahamsen was attending.
“I met a lot of resistance, also publicly, from people who thought I was vulnerable and had all but been forced to convert,” Abrahamsen said, after he’d declared his faith to representatives of the Islamic organization Islam Net in Oslo. It’s been a target of controversy for organizing conferences featuring radical Muslim clerics, for segregating men and women who attend and for spreading the word about Islam from information stands on the street, among other things.
“But now it’s been nearly four years (since the massacre and his conversion) and I’m thriving with my religion,” Abrahamsen told Aftenposten. “I have found the sense of calm I was looking for.” He and several of the others interviewed oppose extremism and claim the Koraninstructs them to follow the laws of the land where they live. They cannot, according to Abrahamsen, demand introduction of sharia law that can impose death sentences for such things as infidelity, homosexuality or abandoning the faith, while he noted that sharia law itself “is often not practiced as it should be, and many people who gain power often make mistakes.”
Full article.
Posted by Zafar Khan at 09:00