Israel’s hawks can't dodge blame for this day of violence 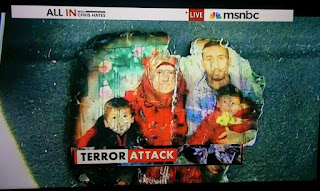 The condemnations are striking but still they ring hollow. Binyamin Netanyahu denounced the arson attack by Jewish settlers on the West Bank home of the Dawabsha family, in which Ali Saad, a baby just 18 months old, was burned to death, as an “act of terrorism in every respect”. Netanyahu was joined by Naftali Bennett, the leader of the ultra-nationalist Jewish Home party, which is close to being the political wing of the settlers’ movement. Bennett described the murder as a “horrendous act of terror”. Thedefence minister, the army, they all condemned this heinous crime.


Which is welcome, of course. It’s good that there were no ifs or buts, no attempts to excuse the inexcusable. But still it rings hollow. 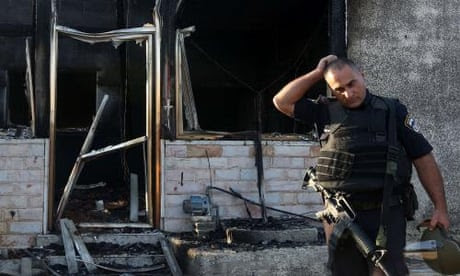 Read more
The words sound empty partly because, while this act is extreme in its cruelty, it is not a freak event. Talk to the Israeli human right groups that monitor their country’s 48-year occupation of the West Bank and they are clear that the masked men who broke into the Dawabsha family home in the early hours and set it alight committed a crime exceptional only in its consequences. “Violence by settlers against Palestinians is part of the daily routine of the occupation,” Hagai El-Ad, director of the B’tselem organisation, told me.
Indeed, El-Ad says this attack was the eighth time since 2012 that settlers have torched inhabited buildings. There have been dozens of assaults on property, too: mosques, agricultural land, businesses. “In most of these cases, they didn’t find the perpetrators, despite having the best intelligence agencies on the planet.” He is referring to the culture of impunity that has always protected the settlers.
That charge can be directed at past Israeli governments of the centre-left as well as the hawkish right: while the latter actively sponsored the settlement that followed the 1967 war, the former indulged it. But the right’s guilt runs deeper, which is why its tearful words of regret now sound so false.
Take Bennett. Put aside his repeated insistence that there will never be a Palestinian state, thereby crushing the dreams of an independent life for all those living under Israeli rule. Focus only on his conduct this week. Today’s murderous arson attack is assumed to be an act of revenge for the court-ordered dismantling on Wednesday of two buildings in the West Bank settlement of Bet El. The buildings were unfinished and empty. Israel’s supreme court ruled them illegal and ordered the army to demolish them. The settlers raged at the decision, demonstrating violently against the soldiers and police who were there to enforce it. And guess who stood on a roof at Bet El, egging the protesters on, stirring them to ever greater heights of fury? Why, it was Naftali Bennett.
Full article.
Posted by Zafar Khan at 09:00