Islam and Feminism: through the lens of modesty 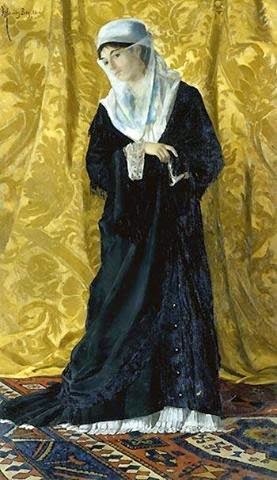 Another feminist argument is that Islam objectifies women by comparing them to flowers and pearls, as objects of beauty. This sort of analogy is often used by rape apologists to blame the victim. For example, in the recent documentary “India’s Daughter” about the gang rape of medical student Jyoti Singh, one of the defence lawyers argued that, “A female is just like a flower…if you put that flower in a gutter, it is spoilt; if you put that flower in a temple, it will be worshipped”.  However, the first part of the statement must be separated from the second part, which is an assumed logical conclusion according to the lawyer. Nowhere in Islam has it been said that a woman who does not dress modestly deserves to be raped, or that it is a natural consequence of her being dressed that way. The analogy to pearls and flowers in Islam is not a devaluation of women to mere beautiful objects; rather it is a statement of their intrinsic spiritual beauty and value in God’s eyes. Thus, any sort of victim blaming or shaming in rape is not an Islamic attitude, but a cultural attitude that can still be seen in some religious communities.


Modesty is a key value within Islam, and cannot be separated from its teachings. I have deliberately avoided using the word hijab for modesty, because it has become synonymous with the headscarf, and the head scarf has become much more about our identity as Muslim women rather than the value of modesty. Hijab is a philosophy of life that applies to both men and women, and without this understanding, the headscarf remains an accessory to complement an outfit, rather than an expression of modesty and devotion to God. When it is attacked as oppressive by secular feminists, we cannot just defend it as a matter of Muslim identity or a violation of civil liberties, but as a manifestation of this core value of Islam: modesty.
full article
Posted by Zafar Khan at 09:00