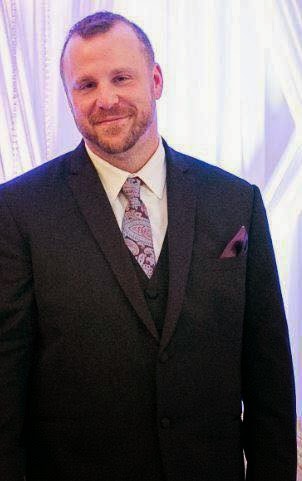 "I converted to Islam sixteen years ago. I am married and have two boys. My wife is originally from Yemen. I was born in Germany and raised in the USA since I was 5. Islam is a religion for all times, for all peoples and all places. Unfortunately, this is not reality in most Muslim communities where they are divided up along race, nationality, ethnicity and sects instead. In the US when a person says their shahada in the masjid there are loud shouts of “takbir” but in most cases that is the most attention that a convert will get. What most born Muslims do not understand is that people who convert often lose their families, friends and other important things in life. It is a conscious choice they make to embrace Islam.

The Muslim community should rally around these new converts and make them feel part of a new, wider family circle. Instead, the community remains stuck in their cultural ways and if you do not fit neatly into one of these social constructs you are left out in the cold. The next time you are at your Jummah prayer notice how after Salat is over everyone seems to coalesce according to which ever particular group they are a part of. Palestinians here, Egyptians there, or if the masjid is progressive you might see Arabs hanging out together. You’ll see the Pakistanis hanging out with other Pakistanis, Bengalis with Bengalis. If you don’t belong to any group you don’t really know where to go and most often people are more than happy to let you stand alone.

This is one reason why many converts will try to adopt a certain culture in regards to dress, speech or otherwise in an attempt to fit in. During the holidays, many converts have lost their families, so spend them alone. During Ramadan, it is rare for a convert to be included in an iftar since these tend to be family events, or amongst circles of friends, again broken down according to ethnicity. When it comes time to marriage, the “takbirs” from your Shahada are long gone. Most of these yelling “Allahu Akbar” because you became a Muslim would not consider you for your daughter. The issue is especially bad for African American converts because there is a serious race issue in the Muslim community. A large portion of people who convert either leave the religion altogether or make a choice to not participate in the Muslim community because of these issues.

As I stated before, Islam is a religion for all people, places and times. The Prophet himself (saw) took wives from various countries and backgrounds. One of the biggest draw for many to Islam is the raceless nature of the religion, but the community has failed in this respect. We should all strive to follow our religion and not our culture, not our race, ethnicity or anything else. Let’s strive to remember what the Prophet said on this issue in his last Khutba, and what Allah (swt) said in The Quran: “O mankind, indeed We have created you from male and female and made you peoples and tribes that you may know one another. Indeed, the most noble of you in the sight of Allah is the most righteous of you. Indeed, Allah is Knowing and Acquainted.” 49:13.
- Marc Springer ‪#‎NorthernVirginia‬
Taken from FB page 'Muslims of America'.
Posted by Zafar Khan at 08:47