Did Islam Spread by the Sword? 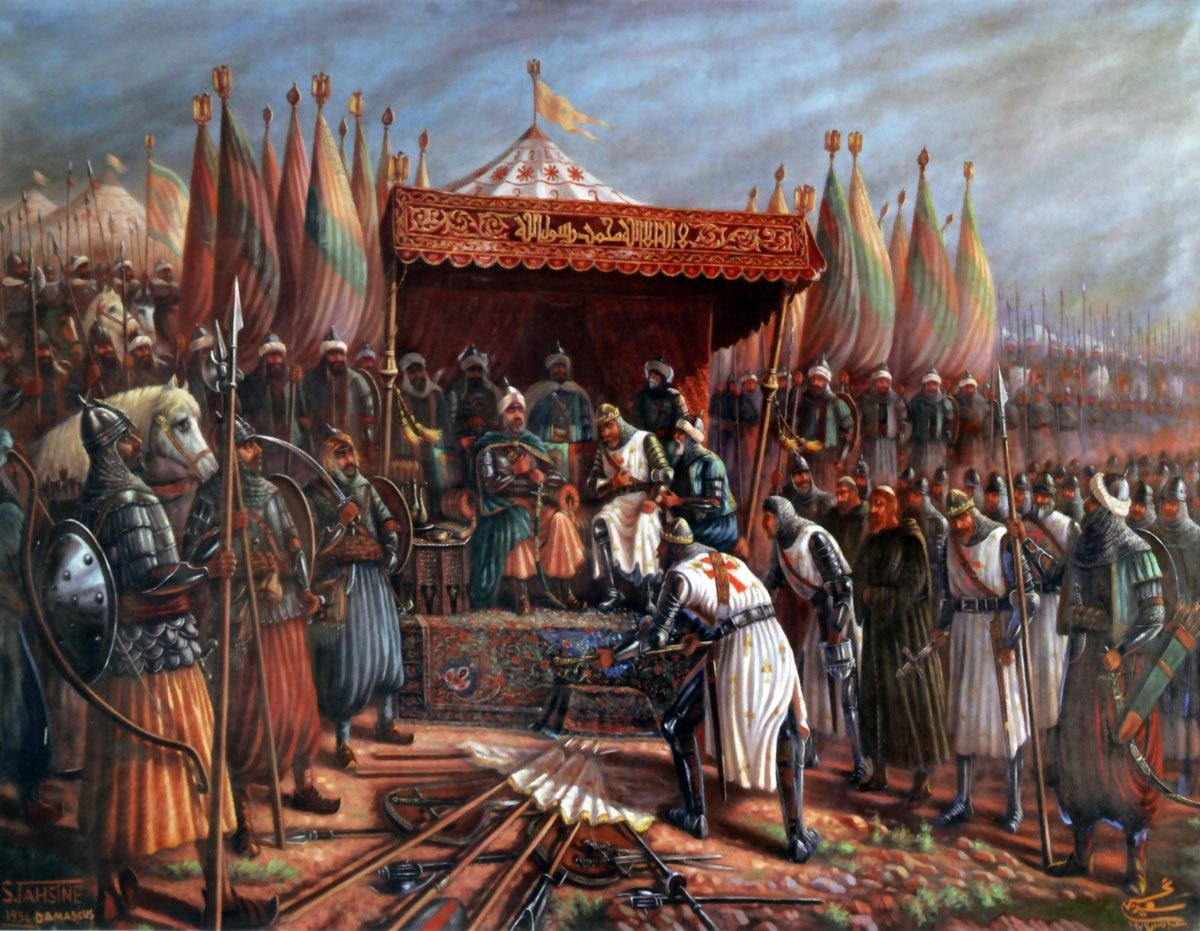 It’s a common accusation made against Muslims and Islam in general: “The only reason Islam is a world religion is because it spread by the sword.” It’s a favorite remark of Islamophobes who parade as analysts and historians fear-mongering about the threat Islam supposedly poses to the Western World. With it being such a hot topic that causes so much debate, it is appropriate to analyze and study this topic to better understand whether it is valid or not.

After the life of Prophet Muhammad (Peace Be Upon Him), Islamic expansion truly began in the early 630s, AD. Campaigns against the Byzantine and Sassanid (Persian) Empires were initiated which pitted this new religion of Islam, with its desert Arabian warriors against the established and ancient empires centered in Constantinople and Ctesiphon.
Abu Bakr, the first caliph of Islam, gave these armies rules which would seem very constricting by today’s standards of warfare:

“Stop, O people, that I may give you ten rules for your guidance in the battlefield. Do not commit treachery or deviate from the right path. You must not mutilate dead bodies. Neither kill a child, nor a woman, nor an aged man. Bring no harm to the trees, nor burn them with fire, especially those which are fruitful. Slay not any of the enemy’s flock, save for your food. You are likely to pass by people who have devoted their lives to monastic services; leave them alone.”¹

These rules were very unique and innovative for the time. Just before this Muslim expansion, the Persians and Byzantines had fought a decades-long war that left lands from Syria to Iraq in ruins. Abu Bakr made it clear that Muslim armies do not operate by the same principles and restrict their fights to the armies and governments of the enemy, not the general populace. Islamic Shari’ah law, based on the example of Abu Bakr, clearly forbids the use of force against anyone except in legitimate cases of war against a clearly defined enemy.*
The purpose of this article is not to delve into the tactics and individual battles of this conquest of Egypt, Syria and Iraq. It is enough for our purposes here to state that Syria was under Muslim control by 638, Egypt by 642, and Iraq/Persia by 644. The Byzantine Empire, having lost its religious base in Syria, as well as its commercial base in Egypt was greatly weakened. The Sassanid Empire, on the other hand, completely ceased to exist after the Muslim conquest. Politically, it was a disaster for these two giant empires. But, going back to the main idea of this article, how did Islam as a religion spread in the conquered areas?
Unequivocally, the general populace was not forced or induced to convert to Islam. If anything, they were encouraged to continue living their lives as they had for centuries before. In the example of the conquest of Jerusalem, the caliph at the time, Umar ibn al-Khattab, wrote in the surrender treaty with the patriarchs of city:

He [Umar] has given them an assurance of safety for themselves, for their property, their churches, their crosses, the sick and healthy of the city…Their churches will not be inhabited by Muslims and will not be destroyed…They will not be forcibly converted.²