Afghan woman, whose genitalia was severed by her husband, fights for justice amid rising violence against women 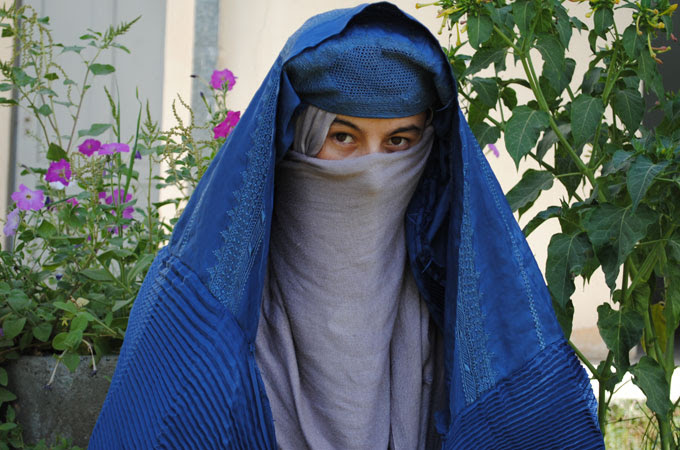 Sadia quietly entered the room, lifted her burqa and took a seat. She's thin, almost emaciated, and old beyond her years.

"It was the second night of Ramadan," Sadia recounted, and she woke her husband up for suhoor, the morning meal served just before dawn.

"I prepared food and I told him to get up. When he got up he asked me why I didn't make milk tea. I told him I would go make it, but he didn't listen. He just started beating me."

Beatings were frequent over the course of their two-year marriage. Two months in, her husband and his family stopped feeding and giving Sadia clothes. They would shut all the windows and doors of the house and take turns beating and strangling her.

"When they beat me, they would tell me, 'You're all alone, scream as loud as you want, there is no one here to hear you.'"

Sadia returned to her family home three times because she was beaten so badly. At the husband's family's request, she was sent back, with a promise that the abuse would end.

Afghanistan's traditional justice system, one deeply woven into society, seemingly functions on a three-times rule. If, after the third time, a woman is still being abused by her husband, then elders, who often preside over the cases, will typically allow for a divorce.

Some families, however, intervene immediately so there is no second time. Others, not at all.

Mohammad Islam, Sadia's father, a poor daily labourer, admitted to seeing his daughter being beaten by her husband - not once, but several times. However, Sadia's husband, part of an armed group, sometimes known as arbakai, is led by a well-known, powerful local commander named Noor Mohammad.

Local armed groups have flourished in order to counter the threat from the Taliban as the central government's control barely runs beyond the capital, Kabul.

The growing fragility of the north can be seen on the vital highway linking the provincial capital of Takhar, where armed gunmen dot the road passing through the picturesque hills.

"The commander and his men put pressure on Sadia's family, who then come here and tried to pressure us to send her back. They have gone to the hospital and told the doctors to say this incident never happened," said Razmara.

"They also told the prosecutor to not touch the case. They have tried every means possible to get Sadia back."

As the director spoke, Sadia, probably 19 or 20 as she doesn't know her exact date of birth, leaned into the conversation, her hands clasped in her lap, looking down, continuously shaking her head in agreement.

Before passing out on that second night of Ramadan from the beating, Sadia recalls her husband getting on top of her, sitting on her face and then withdrawing his knife.

"I don't know how much time passed, but when I woke up he started beating me again. His brother's son came to the window and asked what was going on. I got up and walked to the window, my husband followed and continued to beat me. I crawled out of the window and my husband also followed."

When Sadia arrived at the hospital the following morning, according to Dr Safi, the director of public health, and Razmara, they found out that the right side of her major labia (outside fatty tissue covering the vagina) had been severed off by a knife. Her pelvis was mutilated and "abused" by hand, and her vaginal canal had been penetrated - with parts of her insides torn out.

"Violence against women is increasing day by day," Safi told Al Jazeera. "Today we even have a case of a woman with her ear cut off."

"But," he continued, "I have never seen anything like this before … not anywhere."

"In order for her to fully recover she needs plastic surgery. We can't do this in Afghanistan, she would need to go outside the country. We were also not able to give her a proper checkup, so we don't even know the full extent of the damage," Safi said.