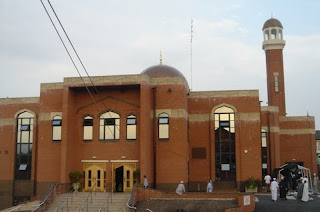 Comment: I am really pleased about this. But we still need to address the patriarchal culture that has subverted Islam and allowed and excused the oppression of women within the Muslim community.

Imams across Britain will today deliver a sermon denouncing the practice of grooming following a series of sexual abuse cases involving Muslims.

The religious speech, which will be read out in 500 mosques, opens with a reading from the Koran that prohibits “sexual indecency, wickedness and oppression of others” and continues to urge congregations to report suspected cases of child abuse.
It is reportedly the first time a single sermon will be delivered in unison across the UK and is organised by campaign group Together Against Grooming with the support of the Muslim Council and Islamic Society of Britain.

The effort comes after the convictions of Muslim men in a string of cases including those in Rochdale, Derby and Oxford, where five men were yesterday sentenced to life in prison for their involvement in a sex abuse gang.
Speaking at their sentencing, Judge Peter Rook told them they committed “exceptionally grave crimes” against girls and that demonstrated “extreme depravity”.
“You targeted the young girls because they were vulnerable, under-age and out of control,” he said.
Ansar Ali, spokesperson for Together Against Grooming, said the group was horrified by recent court cases, adding: “As Muslims, we feel a natural responsibility to condemn and tackle this crime.
"This is the start of what will be a nationwide project in which we seek to work with others to eradicate this practice from all communities."

The sermon’s author, Alyas Karmani, an imam and youth worker in Keighley, West Yorkshire, told the BBC there was a "profound disrespect culture" in the treatment of women.
"Access to pornography, which also objectifies women, is creating a culture where men are now ambiguous when it comes to the issue of violence against women," he said.
Others involved in the sermon’s broadcast at midday prayers today have been keen to ensure sexual abuse is not disproportionately linked to Asian Muslim men.