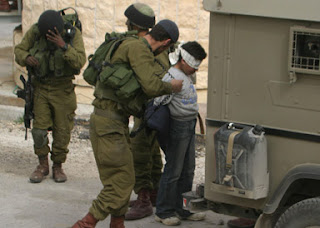 A new poll has revealed that a majority of Israeli Jews believe that the Jewish State practises "apartheid" against Palestinians, with many openly supporting discriminatory policies against the country's Arab citizens.


A third of respondents believe that Israel's Arab citizens should be denied the vote, while almost half – 47 per cent – would like to see them stripped of their citizenship rights and placed under Palestinian Authority control, according to Israel's liberal Haaretz newspaper, which published the poll's findings yesterday.

About 20 per cent of Israel's nearly eight million people are Israeli Arabs, Palestinians who hold Israeli citizenship and live within the borders of Israel proper. The views echo hardline opinions usually associated with Israel's ultranationalist and ultraorthodox parties, and suggest that racism and discrimination is more entrenched than generally thought.
The poll, conducted by Israel's Dialog polling group, found that 59 per cent out of the 503 people questioned would like to see Jews given preference for public-sector jobs, while half would like to see Jews better treated than Arabs.
Just over 40 per cent would like to see separate housing and classrooms for Jews and Arabs. The findings "reflect the widespread notion that Israel, as a Jewish State, should be a state that favours Jews," wrote Noam Sheizaf, an Israeli journalist and blogger. "They are also the result of the occupation … After almost half a century of dominating another people, it's no surprise that most Israelis don't think Arabs deserve the same rights."

Human rights groups have long decried existing Israeli policies that discriminate against Arabs, citing classroom shortages, smaller municipal budgets, and unequal property ownership rights as proof of Israeli Arabs' status as second-class citizens.
That many Jews believe that Israel has adopted "apartheid" policies is surprising, given that the term is usually deployed only by Israel's most vociferous critics, and suggests that the government-led narrative that the Jewish State is the only democracy in the Middle East is unconvincing to some.
But such self-awareness does not mean that Israelis are ashamed of it. Nearly 70 per cent of those questioned would object to the 2.5 million Palestinians living in the West Bank obtaining the vote if Israel was to annex the Palestinian territory, suggesting that they effectively endorse an apartheid regime. Nearly 75 per cent favour separate roads there for Israelis and Palestinians – although most view such a step as "necessary," rather than "good." Although nearly 40 per cent support annexation, that remains a distant prospect for the moment.
The survey "lays bare an image of Israeli society, and the picture is a very, very sick one", wrote Gideon Levy in Haaretz in a piece to accompany the poll. "Now it is not just critics at home and abroad, but Israelis themselves who are openly, shamelessly, and guiltlessly defining themselves as nationalistic racists.

"If such a survey were released about the attitude to Jews in a European state, Israel would have raised hell. When it comes to us, the rules don't apply."
In the three years since Benjamin Netanyahu's right-wing Likud party took control of the Knesset in an uneasy coalition with religious and ultranationalist parties, rights groups have charted a shift to the right that has accompanied a stalemate in efforts to find a solution to the long-running Israeli-Palestinian conflict.

Many now see the two-state solution, even though publicly backed by Mr Netanyahu at the outset of his term, as an increasingly distant prospect, given the expansion of Jewish settlement in the occupied West Bank and East Jerusalem – territories that along with Gaza the Palestinians want as their future state. That leaves the prospect of a one-state solution, an outcome favoured by some Palestinians, but anathema to Israel as it would threaten the country's Jewish majority.
Many Israelis also fear such an eventuality because it would undermine the Jewish State's democratic values if it were forced to adopt discriminatory policies to retain its Jewish character.