Nazir Afzal: 'We tackled grooming gangs. Now we have to confront forced marriage among Travellers' 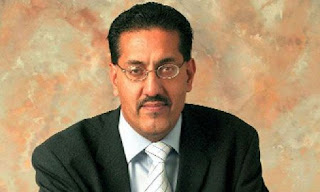 The pioneering prosecutor behind the Rochdale abuse case tells Jonathan Brown that communities' problems can't be ignored
Until recently, many of the crimes encountered by Nazir Afzal rarely troubled a British courtroom. The perpetrators went unpunished and the women and children who were the victims of abuse were disbelieved. But the mood has changed. Since the conviction of nine men for raping and trafficking white teenagers in Rochdale earlier this month, the issues raised by the case and by Britain's most senior Asian prosecutor have risen to the very top of the policy agenda.


Now the time has come when no minority communities should be allowed to offer refuge to men who commit crimes against women, he says. Mr Afzal, who has become the public face of the legal system's determination to stamp out honour-based violence, forced marriage and grooming, admits there are areas where there is still work to do. He cites the Traveller community, where children are still married off against their will.

In an interview with The Independent the Chief Crown Prosecutor for the North-west says he is determined to name and shame groups who refuse to acknowledge the existence of exploitation within their midst. "I understand this sensitivity that certain people have but I don't have it. There is no community where we should not be ensuring the victims are safe," he said.
As a first generation British-Pakistani he admits that some groups he works with can often feel more comfortable in his presence than someone they might consider an outsider. "There are some communities where we have feared to tread, and by 'we' I mean every agency. I am hopeful that no longer exists. It no longer exists as far as I'm concerned, and the last bastion for me is the Traveller community, he said.

Public shock surrounding the Rochdale case is beginning to have a "cathartic effect" on the people of the former mill town, he says. But as the taboo is confronted in the South Asian communities, others are only just being challenged. "I have become aware of massive issues of forced marriage in the Traveller community. It is widespread," he said.
Mr Afzal was appointed head of the Crown Prosecution Service in the North-west last year. His first decision was to reopen the Rochdale case after a series of mistakes and poor decisions by police, social workers and his department nearly led to the gang evading justice.
Turning the spotlight on the Traveller community is a typically bold action by Mr Afzal. He is currently assisting representatives of the community who are working to raise awareness of forced marriage and women's rights, advising them on government strategy. In the meantime he has had to deal with problems closer to home. In the North-west half a dozen exploitation cases have focused attention on Asian immigrant groups.

But while the public debate has centred on the ethnic background of offenders, he insists no nationalities or social groupings are entirely blameless. "Every community will have its violence every community will have its child abuse, every community will have the attitudes and poor treatment of women," said Mr Afzal.
The issue, he believes, is one of male control rather than culture. "The vast majority of paedophiles and child abusers in this country are white British – 95 per cent," he said. "The one thing these men have in common with the vast majority, with virtually all paedophiles, is that they are men. We have got to focus on what the real issue is.
"This is a gender issue. It is about men and their attitudes to women: men thinking they can control women in any way they want. Men determining what is feminine, what is womanly ... that somehow they can be manipulated and controlled," he added.
Since leaving London and taking over his position in Manchester it has been a spectacularly busy time. Soon after moving from his post as CPS director in West London, he found himself required to rule on a spate of killings by householders defending their property against intruders. The subject immediately found itself on the Government's radar, with interventions from the Prime Minister.
In all cases Mr Afzal chose not to prosecute. "Those decisions were easy to make," he says. "The line is: don't be a vigilante. But by all means protect yourself, protect your family, protect your property, but don't go out there looking for offenders," he added.

In August, Manchester and Salford saw violent looting and 300 arrests. The cities pioneered the use of night courts and community impact assessments, bringing the first successful prosecutions. Yet despite the severity of some of the punishments meted out – such as a 16-month jail term handed down to a drunk who stole a box of doughnuts from a looted bakers – he believes the judges acted proportionately.
"In the context of the disorder we had in August of last year it was absolutely right that deterrent sentences were handed out," he said.

Later he ruled that charges should be dropped against the nurse Rebecca Leighton in connection with alleged poisonings at Stepping Hill hospital in Stockport, a case that was described by the Greater Manchester Police chief Peter Fahy as "like murder on the Orient Express with 700 suspects".
Then on Boxing Day the shooting of the Indian postgraduate student Anuj Bidve as he and a group of friends made their way to the sales in Manchester city centre prompted international concern over the safety of Britain as a destination for overseas students.

It was a highly sensitive case which sparked an uncharacteristic reaction from Mr Afzal, a father of four. "He came here to make the most of the opportunities we have in this country.
"I met his parents when they were over here and it's very rare for me to cry, but I did cry in their presence. They sent their eldest son over here to study and they were coming to collect his body and that to my mind is extremely tragic," he recalls. It is possible that the Bidves' plight stirred emotions linked to his own immigrant experience.

A man accused of killing the young student is due to go on trial next month.
The Afzal family originate from Pakistan's lawless North-west frontier around 30 miles form where Osama bin Laden was shot dead.
They served the British Army as caterers – a family link he shares with President Barack Obama – moving around British India to Cyprus before settling in inner city Birmingham. There Mr Afzal grew up among a close-knit Pakistani community but one that was at the sharp end of 1970s racism and urban decline.
"I was bullied at school," he recalls. "On many occasions I remember coming home with bits of my clothing torn and hiding it from my parents because there a real sense of pride – that you don't want them to know."

Meanwhile, his father and brothers moved with the army to Northern Ireland. In 1974 a cousin was loaded into the back of a van by the IRA and shot dead for the "crime" of serving squaddies tea and biscuits in the mess. A younger cousin witnessed the shooting. "He was told: 'This is a message to all of you – get out.' My father decided to stay for another 15 years – that was his response," said Mr Afzal.
Back in Birmingham Mr Afzal's mother was busy challenging community assumptions about women. "If she became aware that a 16 -year-old girl from down the street was being married off early she would walk down there in her early 80s or late 70s and say, 'What the hell are you doing? Don't you realise she is allowed to have an education. Give her a choice.'"
Mr Afzal's response to the bullies was to study and later stand up for victims, although he concedes that by the time he intervenes it is already too late.
"Criminal justice response is almost like a failure. Whatever it is that has happened shouldn't have happened in the first place. This is about prevention; this is about changing attitudes.
"Part of our role is in prosecution because we send out very strong messages through robust and strong prosecutions, fully supporting victims through the process. The sentencing sends out a message of deterrence," he said.

... the murder of Anuj Bidve
Mr Afzal said the Indian student killied in Salford on Boxing Day had come to Britain "to make the most of the opportunities in this country".
"I met his parents when they were over here," he said. "It is very rare for me to cry, but I did cry in their presence. They sent their eldest son over here to study and they were coming to collect his body, and that to my mind is extremely tragic."