Are we truly following the Sunnah? 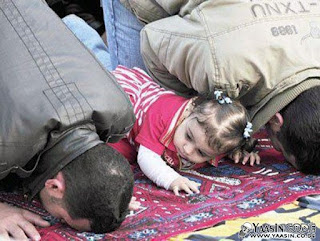 The Prophet ﷺ used to pray and he was holding his granddaughter Umamah, the daughter of his ﷺ daughter Zaynab رضي الله عنها. When he ﷺ would make sajdah, he would put her down, and when he ﷺ would stand, he would pick her up. (Bukhari)

The scholar alFakahaani, as cited in Fathul Bari, mentions that it’s as if the secret in his ﷺ carrying Umamah in his prayer was to push against the narrative that the Arabs used to have in disliking girls and holding them.

So he ﷺ opposed that culture emphatically, even in [such an important space as salah], because action is stronger than simply speaking about it.

He ﷺ actively demonstrated how to honor girls. How to include daughters in religious spaces ﷺ How to create a access for women.

Today, the misogynistic practices and policies in some Muslim communities rivals the ignorance of the pre-Islamic Arabian society that the Quran was revealed to transform.

While many men and women who are scholars and activists are actively working to create change to return us to the uplifting community practices of the Prophet ﷺ, how should our own religious leadership demonstrate this commitment to actively portraying honoring daughters and the women they become as our leader ﷺ did?