The Sexual Assault Epidemic That No One Is Talking About 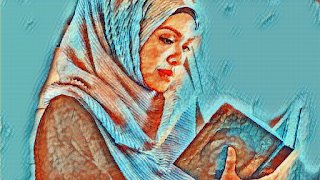 The station was quiet and mostly empty. Suddenly, a man standing nearby opened the lid of his coffee cup and threw the contents at Iffat’s back. As the hot liquid seeped into her clothes, the attacker turned and sped down the platform. Iffat’s mom wiped off her daughter’s shirt, pleading with the girls not to call after the man or say anything.
Iffat, who was twenty at the time, had only recently started wearing the hijab as a way to get closer to God. At first she thought what happened might have been an innocent mistake — maybe the man had wanted to empty some liquid out of the cup.
No, her mom replied. I saw him do it; it was intentional.
The first time Iffat was assaulted while riding the subway, she was on the Newkirk Plaza platform in Brooklyn late one morning two years ago. Iffat was at the B/Q stop with her mother and two younger sisters, waiting for a train into Manhattan. (She asked that her last name be withheld for her safety.)
“This person, he legit felt that he could do this to me,” Iffat tells the Voice. “He does not see me as a person to do that. You feel nasty yourself when you see yourself through somebody else’s eyes and they don’t see you as a human.”
Earlier this month, New York City’s Commission on Human Rights (CCHR) released a report, based on surveys with more than 3,000 Muslim, Arab, South Asian, Jewish, and Sikh New Yorkers, charting the prevalence of xenophobia, Islamophobia, and anti-Semitism in the time leading up to and following the 2016 presidential election. The report, which concludes that New Yorkers from these backgrounds face high rates of bias-based harassment, discrimination, and violence, reminds readers that our country’s growing climate of hate isn’t isolated to Southern cities or Republican strongholds.
One statistic in the report was particularly shocking: Of Muslim Arab hijab-wearing women who participated in the survey, more than one in four (27.4 percent) said they had been intentionally pushed or shoved on a subway platform.
Link