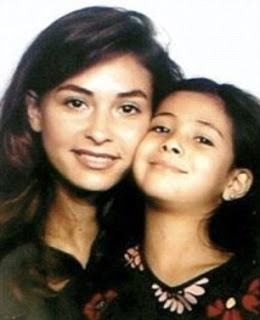 Suspicions have been raised about the apparently accidental death of a French mother who was gaining ground in a lengthy child custody battle with a Saudi prince.


French authorities insisted yesterday that the death of Candice Cohen-Ahnine, 35, in a fall from her fourth floor apartment in Paris, bore all the signs of an accident. However, friends and her lawyer say she had spoken of a feeling of being under threat in recent days. Despite a previous suicide attempt, they are convinced that she would not have killed herself just weeks before she was due to travel to Saudi Arabia to visit her 10 year old daughter for the first time in four years.

"She was in a state of exaltation, very determined, delighted," said her lawyer, Laurence Tarquiny-Charpentier. "There was a great deal of progress in her case in recent times."
Ms Cohen-Ahnine published a book last year on her struggle to recover her daughter, Haya, who has been held – allegedly in captivity – by her father, Prince Sattam al-Saud of the Saudi royal family, since September 2008.
She fell from the window of her fourth-floor apartment in the eighth arrondissement of Paris, apparently while trying to clamber into the flat next door. Although there was no obvious sign that she had been attacked, friends have suggested to the French media that she might have been trying to flee an assailant. The results of a post-mortem examination released yesterday failed to clear up the mystery. Officials said the autopsy showed that she died as a result of injuries from the fall. "The accident theory appears to have firmed up," one official said.

A French court ruled in January that Haya be restored to her mother's full custody and ordered Prince Sattam to pay child support of €10,000 (£7,800) a month. The prince rejected the ruling but agreed recently that Ms Cohen-Ahnine, who was of French-Jewish origin, could travel to Saudi Arabia to see her daughter next month.
The couple met in London in 1997. After an on-off love affair, Haya was born in November 2001. The prince allegedly refused to marry Ms Cohen-Ahnine because she was Jewish but asked her to remain as his mistress after he married his cousin.
In her book Rendez-moi ma fille ("Give me back my daughter"), she claimed that she was held captive in a palace in Riyadh after taking Haya to visit her father in 2008. She refused to leave without the little girl but, according to her account, the prince's family threatened to bring charges that she was a Muslim who had converted to Judaism – an offence punishable by death under Saudi law. She took fright and, with the help of the French embassy, escaped and returned to France.

Her lawyer said: "This was no suicide. The pain of her separation from her daughter had left its traces but she was also a great fighter, convinced that she would see her daughter again."
The journalist and author Jean-Claude Elfassi, who co-wrote Ms Cohen-Ahnine's book, criticised the French authorities for not fighting her case more strenuously. "Fate was against her," he said. "She promised her daughter the day that she left her: 'I will never abandon you'. And to her last breath, she fought for Haya."
Source
Posted by Zafar Khan at 10:36